This Is The Most Popular Netflix Horror Movie Of All Time 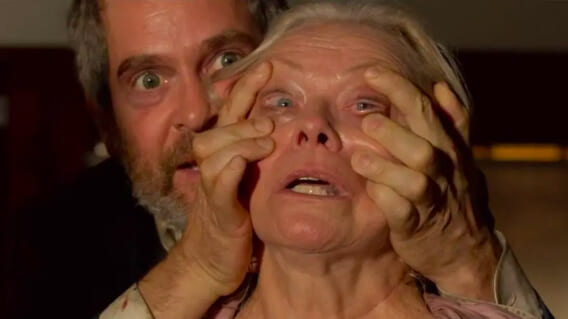 While the majority of Netflix’s internal analytics are unknown to the general public, they have made some of their statistics available. Each week the Netflix Top 10 updates global and national top 10 stats for the premiere streaming service. This gives us some insight into what viewers on the platform are watching all over the world.

Alongside their weekly updates, Netflix also has an All-Time list where it counts down the Top 10 most popular films of all time, based on hours viewed in their first 28 days on the platform. Sitting pretty at number three on the English-language film list is the 2018 horror title Bird Box. This massively popular survival horror movie accumulated 282,020,000 hours of viewing during its first twenty-eight days on the platform. While Netflix obviously prioritizes their own projects in its algorithm, it is still a massive accomplishment for an original horror film to make the top three.

Bird Box is a 2018 American horror film from Susanne Bier based on the novel by Josh Malerman. It stars Sandra Bullock, Sarah Paulson, and John Malkovich. The story follows a mother (Bullock) and her two children as they try to survive in a post-apocalyptic world where an unknown force has caused people to go insane and commit suicide upon seeing it.

Netflix’s unprecedented success followed another mega-profitable survival horror film with a similar premise, A Quiet Place. Also a 2018 release, John Krasinski directs and stars in the film. The title follows a family of four who must live in silence while hiding from creatures that hunt by sound. Krasinski’s film would earn over $341,000,000 at the box office, making it one of the most successful horror movies of all time.

Lastly, what did you think of Bird Box? Are you surprised that this is the most popular horror movie on Netflix? Let us know on Twitter via @DreadCentral. We’re always around to chat about all things Netflix horror!

Stray Review: A Cute Kitty in a Beautiful, Dystopian City

Jeremy Renner In Critical But Stable Condition After Accident