You don’t want to miss this. 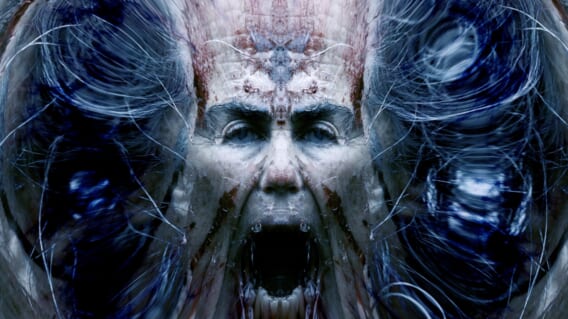 The Adams family (no not THAT one) is a tour de force of filmmaking. The family of four has been making films for years, but they burst onto the genre scene with their 2019 film The Deeper You Dig. It was filmed, edited, scored, shot, produced, and starred mom Toby Poser, daughter Zelda Adams, and dad John Adams. Their latest film Hellbender, also starring daughter Lulu Adams, is their gorgeous take on witches, the occult, and coming-of-age tales. And now, it’s coming to VOD, digital, and DVD on July 26.

In the film, Izzy leads an isolated life, locked away from the world by her protective mother who has convinced her she has a “chronic illness.” After sneaking into town, Izzy plays a cruel drinking game with a new friend that unleashes a deep-rooted taste for blood. Confused and scared, Izzy questions her mom. But Mom’s secrets are as old and dark as the bloodline from which they’re born, and its grip is tight. Izzy’s true nature can only sleep for so long, though, and when it wakes, it’s hungry as hell….

Check out the creepy new art of the film’s upcoming release:

In his review out of Fantasia 2021, Drew Tinnin wrote of Hellbender:

The DVD bonus features include music videos from the band Hellbender, bloopers, and featurettes such as The Visual FX of Hellbender by Black Magic Tricks and Zelda’s Alter Ego: Eville Adams.

Hellbender comes to VOD, Digital HD, and DVD on July 26.