Gigi Hadid is calling it quits with Twitter for now.

If you have remained on the social media platform, then you have probably seen that there have been many celebrities who have announced their decision to leave the app ever since Elon Musk took ownership of it. These stars include Shonda Rhimes, Sara Bareilles, and Toni Braxton. And now, everyone can add Gigi to the list! On Saturday, the 27-year-old model took to Instagram Stories to inform her fans that she officially “deactivated” her account. She said:

“For a long time, but especially with its new leadership, it’s becoming more and more of a cesspool of hate & bigotry, and its not a place I want to be a part of.”

Related: Kanye Called Gigi A ‘Privileged Karen’ After Her Critique Of His White Lives Matter Stunt

Gigi then apologized to her fans on the platform, adding:

“Only sorry to the fans, who I’ve loved connecting with for a decade via Twitter. But I can’t say it’s a safe place for anyone nor a social platform that will do more good than harm.”

Alongside her statement, she also shared a screenshot of a tweet from a former employee at Shannon Raj Singh, which told followers that “the entire Human Rights team has been cut from the company.” Twitter laid off roughly half of its employees on Friday. But beyond layoffs, the app has also seen an increase in hate speech. According to The Washington Post, the Network Contagion Research Institute found that the use of the N-word on the social media platform increased by nearly 500% in the first 12 hours of Elon’s takeover alone. The newspaper also noted that the use of other racist rhetoric, as well as sexist and anti-LGBTQ messages, increased. Disgusting…

We cannot blame her for wanting to leave the app already. You can read Gigi’s entire message (below):

Now, if fans try to go to her profile on Twitter, it says “this account doesn’t exist.” But do not worry everyone, you can still get content from Gigi on Instagram. Ch-ch-check it out (below): 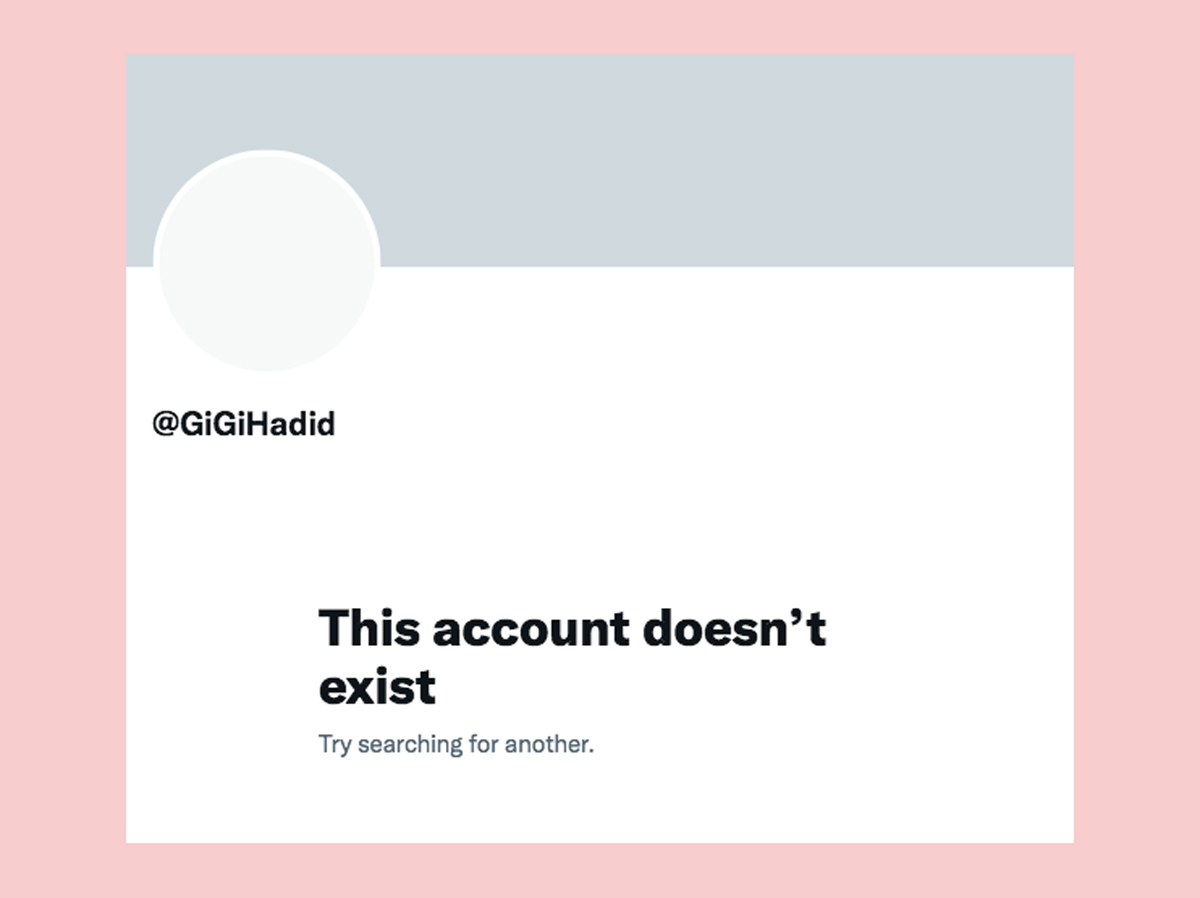 We’ll have to see who else decides to say goodbye to Twitter! Are you surprised Gigi decided to quit the app? Do you plan to follow suit and leave Twitter now that Elon has taken over it, Perezcious readers? Drop your thoughts on the matter in the comments below.

Kanye West Is Under Investigation for Alleged Battery

A Fight for Justice: Netflix Doc 'I Am Vanessa Guillen' Official Trailer

New Order announce SXSW appearance and US shows for March 2023