“There’s nobody coming for you… because nobody cares about you.” Ouch. Netflix has revealed an official trailer for a new survival series titled Keep Breathing, formerly known as simply Breathe. When a small plane crashes in the middle of the Canadian wilderness, a lone survivor must battle the elements — and her personal demons— to stay alive. The series stars Melissa Barrera as Liv, a New York lawyer who has to figure out how to survive. I’m not sure if this is based on a true story, it doesn’t mention it, but I wouldn’t be surprised if it’s inspired by a true story about someone surviving. It was filmed up in the forests of British Columbia, and in Vancouver. In addition to Barrera, the cast includes Joselyn Picard, Jeff Wilbusch, Juan Pablo Espinosa, Austin Stowell, and Florencia Lozano. Ooh this series looks like it might be good, not only the survival aspects but the way it explores her trauma and her struggles throughout her life. 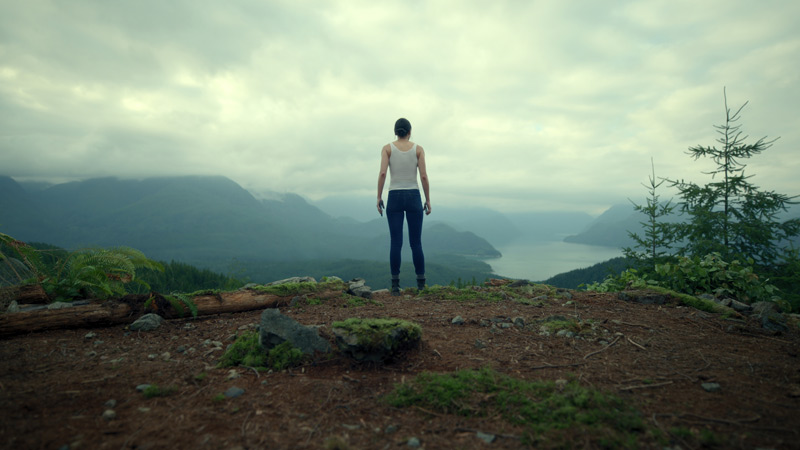 After her private plane crashes in the remote Canadian frontier, lone survivor and New York lawyer, Liv (Melissa Barrera), must battle both an unforgiving wilderness and past personal demons to stay alive. Keep Breathing, formerly known as just Breathe, is a survival series executive produced by co-showrunners and writers Brendan Gall and Martin Gerro (of Blindspot, The Lovebirds) and Maggie Kiley (of Dr. Death, Dirty John). Featuring episodes directed by Maggie Kiley and Rebecca Rodriguez. With writing by Iturri Sosa (writer on “The Deuce”, “Narcos: Mexico”), Brendan Gall, and Martin Gero. It’s also co-executive produced by Iturri Sosa, and co-produced by Taja Perkins. Netflix will debut the Keep Breathing streaming on Netflix starting on July 28th, 2022 coming soon this summer. Who’s interested in watching this one?

See Them All – Billboard

‘Your Place Or Mine’ Trailer

The Resident Season 6 Episode 11 Review: All In

‘Rat in the Kitchen’ Cancelled at TBS — No Season 2