“I hope you’re ready for action, because all we needed was a pilot.” Disney + Pixar have revealed the final official trailer for Lightyear, the sort of prequel to the Toy Story movies, focusing on Buzz Lightyear as a spin-off solo movie about the Space Ranger. Chris Evans is voicing the actual Buzz, the astronaut within the Toy Story universe who inspired the action figure. The plot involves Buzz being marooned on an alien planet and having to figure out a way to get home. Along with Evans, the voice cast includes Keke Palmer, Dale Soules, Taika Waititi, Peter Sohn as Buzz’s robot companion, Sox the cat, Uzo Aduba, James Brolin, Mary McDonald-Lewis, Efren Ramirez, and Isiah Whitlock Jr. This trailer features a LOT of big reveals – with some character unveilings (including who Taika voices!) as well as the story involving them jumping ahead in time. This looks like it might just be one of Pixar’s best, and not just because I love sci-fi, but it looks they really went all out and made something truly special (just as they always do, right?). 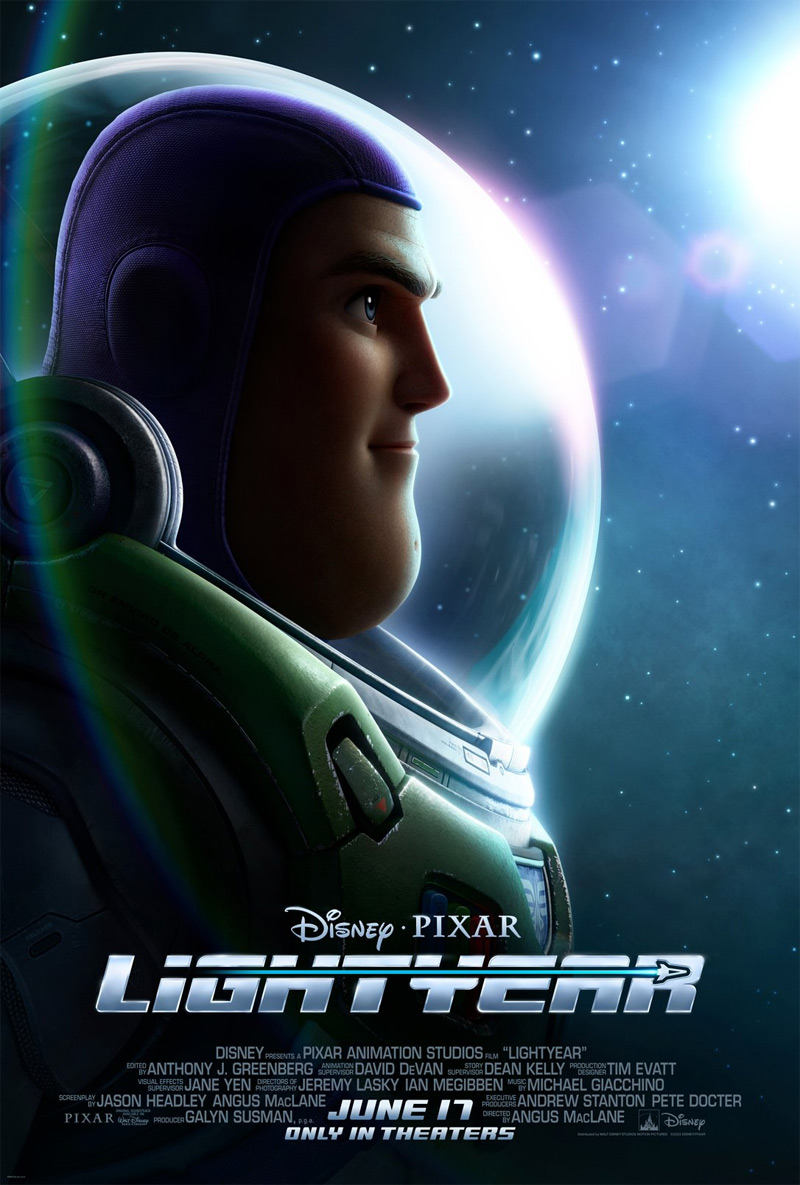 You can rewatch the first teaser trailer for Pixar’s Lightyear movie here, or the full-length trailer here.

The definitive origin story of Buzz Lightyear, the hero who inspired the toy, Lightyear follows legendary Space Ranger Buzz after he’s marooned on a hostile planet 4.2 million light-years from Earth alongside his commander and their crew. As he tries to find a way back home through space and time, he’s joined by a group of ambitious recruits and his charming robot companion cat, Sox. Complicating matters and threatening the mission is the arrival of Zurg, an imposing presence with an army of ruthless robots and mysterious agenda. Lightyear is directed by American animation filmmaker Angus MacLane, co-director on Finding Dory, and director of the shorts Toy Story of Terror and Burn-E, as well as work for years as an animator at the studio. The screenplay is written by Pete Docter. It’s based on characters created by Pete Docter (et al.) for the original Toy Story. Produced by Galyn Susman. Made by Pixar Animation Studios. Disney will debut Pixar’s Lightyear in theaters nationwide (yay!) starting June 17th, 2022 this summer.

Ranking Nine of the Best Exorcism Scenes in Horror Movies