“There’s many, many layers to this story. It’s a hero movie that’s a little more grounded in reality.” As if we haven’t heard that before. Amazon will be releasing this movie Samaritan streaming on Prime Video next week, in case you’ve already forgotten about it. This featurette includes Sly saying some very generic things about how exciting this gritty superhero action movie is. A young boy learns that a superhero who was thought to have gone missing after an epic battle twenty five years ago may in fact still be around, now laying low. Sylvester Stallone stars as “Mr. Smith”, now working as a garbage truck man, who is actually the long lost superhero known as “Samaritan”. As his city begins to fall apart, he must make a comeback to put a stop to all the violence and chaos. Also starring Javon “Wanna” Walton, Pilou Asbæk, Martin Starr, Dascha Polanco, Moises Arias, and Sophia Tatum. This does look better than expected, but it’s hard to get excited about watching it streaming at home rather than in theaters. Hopefully it’s entertaining. 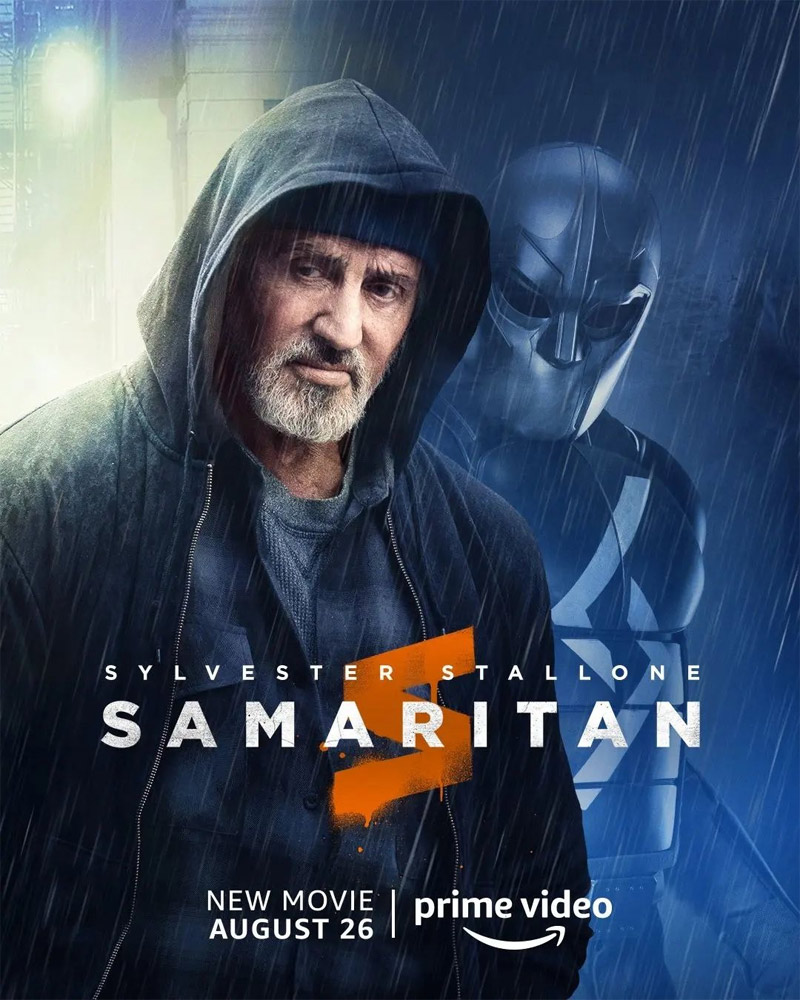 You can rewatch the official trailer for Avery’s Samaritan here, to view more footage from this.

Thirteen year old Sam Cleary (Javon “Wanna” Walton) suspects that his mysteriously reclusive neighbor Mr. Smith (Sylvester Stallone) is actually the legendary vigilante Samaritan, who was reported dead 20 years ago. With crime on the rise and the city on the brink of chaos, Sam makes it his mission to coax his neighbor out of hiding to save the city from ruin. Samaritan is directed by Australian action filmmaker Julius Avery, director of the films Son of a Gun and Overlord previously, plus a few other short films. The screenplay is written by Bragi F. Schut. Produced by Braden Aftergood and Sylvester Stallone. Originally made by MGM in association with United Artists with plans to release it in theaters, the film was sold and is being sent to streaming for release instead. Amazon will now debut Julius Avery’s Samaritan streaming directly on Prime Video starting August 26th, 2022 this month. Looking good? Who’s planning to watch?

Get the Wednesday Addams Goth Look

‘Ferris Bueller’s Day Off’ Getting a Spinoff Movie

How Kate Middleton Feels About Taking on Princess Diana’s Title