“I’m just trying to survive. Like you.” Signature Entertainment in the UK has revealed an official trailer for Rebel, the intense action thriller war film from the acclaimed Belgian-Moroccan filmmaking duo known as Adil & Bilall. This first premiered at the Cannes Film Festival earlier this year, and will be out in the UK next month, but with no US date set yet. Adil El Arbi & Bilall Fallah are known as talented action directors who broke into Hollywood with Bad Boys for Life, then Disney+’s “Ms. Marvel” series as well as Batgirl for WB (before they shelved it). This was made inbetween all that. Set in Brussels and Syria, Kamal resolves to change his life for the better, so he leaves to help war victims in Syria. But he is forced to join a militia and is left stranded in Raqqa, suddenly working for the bad guys. Back home, his younger brother Nassim quickly becomes easy prey for radical recruiters, who promise to reunite him with his brother. Their mother, Leila, fights to protect the only thing she has left: her youngest son. It stars Amir El Arbi, Aboubakr Bensaihi, Younes Bouab, Kamal Moummad, and Lubna Azabal. A very good film, nothing else like it out there. 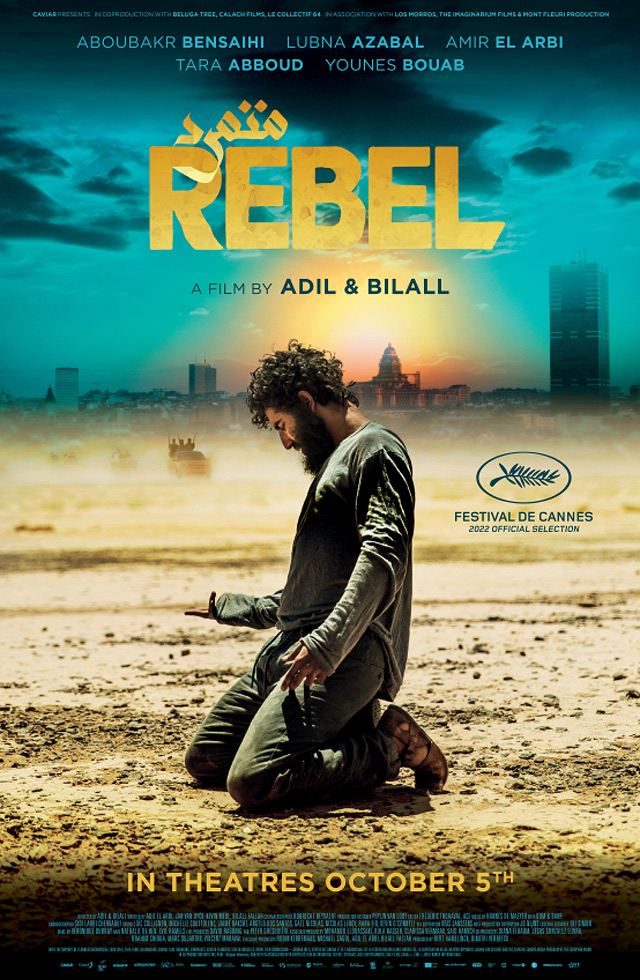 This is one gut punch of a thriller. Brothers Kamal (Aboubakr Bensaihi) and Nassim (Amir El Arbi) find themselves on radically different life paths after Kamal leaves to help victims in Syria, leaving his young brother at home to care for their mother Leila (Lubna Azabal). However, after discovering Kamal has been radicalised by a local militia, Nassim goes to desperate lengths in the attempt to save his brother and bring him home – without realising he may be on the exact same path of self-destruction as his brother. Rebel is directed by acclaimed Belgian-Moroccan filmmakers Adil El Arbi & Bilall Fallah, of the films Image, Black, Gangsta, and the sequel Bad Boys for Life previously; they also directed Batgirl (which WB cancelled) and TV series including “Bergica”, “Soil”, and “Ms. Marvel” for Disney. The script is also written by Adil El Arbi & Bilall Fallah, with Kevin Meul and Jan van Dyck. The film initially premiered at the 2022 Cannes Film Festival earlier this year. Signature Ent. will debut Rebel direct-to-VOD in the UK starting this December. No US release date has been confirmed yet. First impression? Who wants to watch this movie?

Watch: Journey Through History in ‘A Brief Disagreement’ Short Film

Harry Styles is performing at the 2023 BRIT Awards