“We’re not born hating our bodies – it’s something the world teaches us.” Exactly the truth. Transmission Films in Australia has revealed an official trailer for an inspiring body-image documentary titled Embrace: Kids, the latest from filmmaker / activist Taryn Brumfitt. The film is actually a sort of sequel / follow-up to Brumfitt’s first doc, a film called Embrace about embracing your body and accepting its uniqueness. It ended up becoming a breakout hit in Australia, and is connected to her Body Image Movement organization. In this new documentary she’s focusing on the kids, asking us to think more about our bodies and how we treat them in a society obsessed with being skinny and pretty and perfect. I’m glad that this doc criticizes social media and influencers, because yes it’s necessary to address this. Filled with fun and joy, this vital doc film shows kids how to move, nourish, respect and embrace their bodies. It looks really good! Check it out. 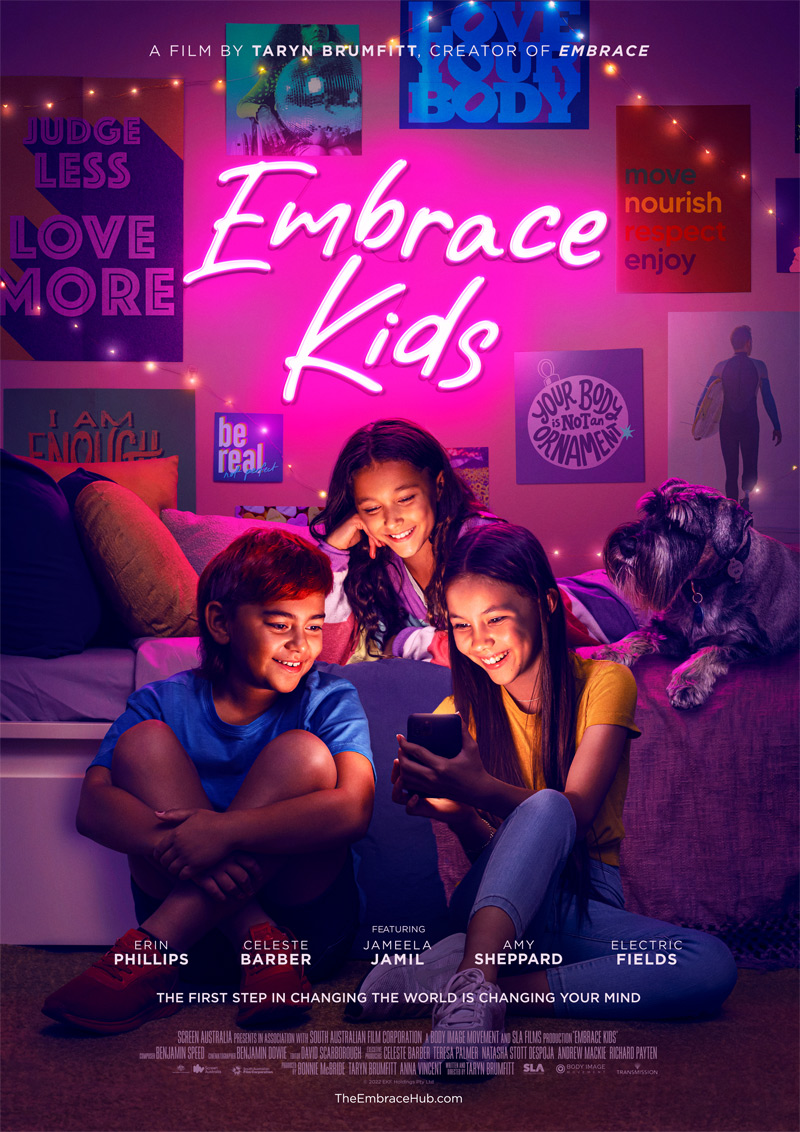 Body-image advocate Taryn Brumfitt is a best-selling author & speaker, and the director behind break-out documentary Embrace (2016). This time she’s talking to school-aged kids and famous friends about body image, bullying, gender identity, advocacy, representation and more. Featuring Taryn’s network of well-known celebrity friends including Celeste Barber, Jameela Jamil, Electric Fields, along with Chico the family dog, Embrace: Kids brings together a vibrant collection of stories and voices to entertain and to inspire kids and parents alike, showing us that the first step in changing the world, is changing your own mind. Embrace: Kids is once again directed by filmmaker Taryn Brumfitt, her second film after directing Embrace previously. After the birth of her third child, she considered surgery but took up body building instead. She founded the Body Image Movement in 2012. Transmission Films will debut Embrace: Kids in Australian cinemas on September 1st, 2022. There’s still no US release set yet. Visit the film’s official site.