“There’s evil in this world, the likes of which you can’t possibly imagine.” This is a line that we’ve heard so many times. Amazon has debuted the full-length trailer for an action thriller series called The Terminal List, adapted from a book by Jack Carr about a former Navy SEAL. Isn’t Pratt always playing this same role over and over? A former Navy SEAL officer investigates why his entire platoon was ambushed during a high-stakes covert mission. As new evidence comes to light, Reece discovers the dark forces working against him, endangering not only his life but the lives of those he loves. Starring Chris Pratt as Commander James Reece, plus a cast with Taylor Kitsch, Constance Wu, Jeanne Tripplehorn, Riley Keough, Patrick Schwarzenegger, and Arlo Mertz. This still looks exceptionally generic and the same as every military action series like the Jack Reacher or Jack Ryan. I suppose some people are into this and always want more? 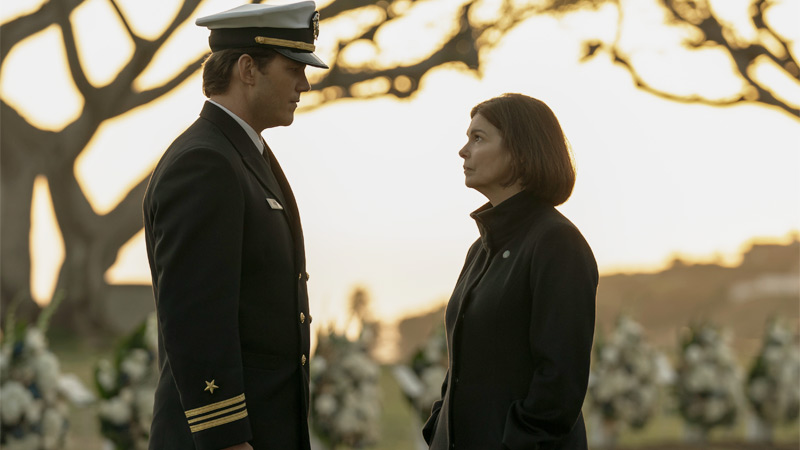 You can rewatch the initial teaser trailer for The Terminal List series here, for the first look again.

The series follows James Reece (Chris Pratt) after his entire platoon of Navy SEALs is ambushed while on a covert mission. Reece returns home to his family with conflicting memories of the event and questions about his culpability. As new evidence comes to light, Reece discovers dark forces working against him, endangering not only his life but the lives of those he loves. The Terminal List is a series featuring episodes directed by filmmakers Frederick E.O. Toye, Sylvain White, M.J. Bassett, and Hollywood director Antoine Fuqua. Writing by Max Adams, Tolu Awosika, Lisa Long, Olumide Odebunmi, David DiGilio, and Hennah Sekandary. Adapted from the book of the same name by Jack Carr. Executive produced by Daniel Shattuck, Jack Carr, David DiGilio, Antoine Fuqua, Chris Pratt, and Jon Schumacher. Amazon will debut The Terminal List series streaming on Prime Video starting July 1st, 2022 this summer. Anyone into this?