“I don’t want to leave this place!” Netflix has debuted the full-length official trailer for a Netflix-produced Japanese anime film titled Drifting Home, arriving this September. This is acclaimed animation house Studio Colorido’s (of Penguin Highway and A Whisker Away) long-awaited third feature-length film. Sixth-graders Kosuke and Natsume grew up in the same apartment building as childhood friends. During summer break, while playing in the apartment building that is set to be demolished, they find themselves caught in a strange phenomenon. When they regain consciousness, they see nothing but a vast sea before them. Their apartment is now floating in the sea. Will Kosuke and the others make it back to their world? A journey of farewells in summer… With the voices of Mutsumi Tamura, Asami Seto, Daiki Yamashita, Yumiko Kobayashi, Inori Minase, & Kana Hanazawa. This looks like a very peculiar and thrilling and engaging film about a drifting building, reminds me of Howl’s Moving Castle. Looks like an enjoyable summer anime. 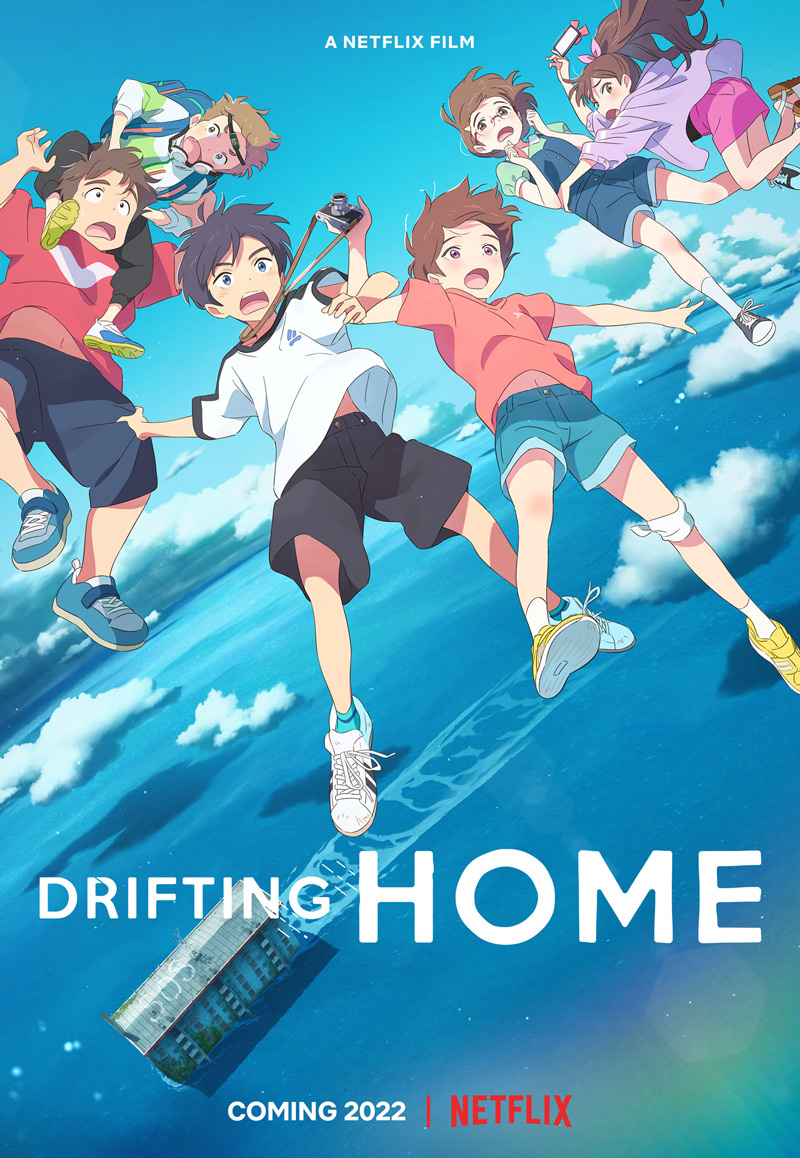 You can rewatch the initial teaser trailer for Netflix’s Drifting Home here to view the first look again.

Raised like brother and sister, Kosuke & Natsume have been friends since childhood, but their relationship begins to strain in sixth grade after Kosuke’s grandfather Yasutsugu passes away. One day during their summer vacation, Kosuke and his classmates sneak into an apartment complex that is scheduled to be demolished, and rumored to be haunted. Both Kosuke and Natsume grew up there, so the place holds a lot of memories for them. There, Kosuke stumbles into Natsume and is asked if he knows about the mysterious Noppo. But suddenly, they get caught up in a mysterious phenomenon. When they regain consciousness, they see a vast ocean before them. As the apartment complex drifts in a mysterious sea with Kosuke and the others on board, they band together to try and survive. There are tears and fights, and maybe even reconciliation. Will they be able to return to their previous world? A summer farewell journey begins… Drifting Home is directed by the acclaimed Japanese animation filmmaker Hiroyasu Ishida, of the film Penguin Highway previously, and few other short films. The screenplay is by Hayashi Mori and Hiroyasu Ishida. Netflix will debut Drifting Home streaming on September 16th, 2022 later this year. Look good?

Pregnant Hilaria Baldwin Showed A Picture Of Her Unborn Daughter