“How long was I gone?” FX Networks has revealed the full trailer for a mini-series titled Kindred, arriving for streaming soon on Hulu. Adapted from the celebrated novel Kindred, by Hugo Award-winner Octavia E. Butler, this is executive produced by Darren Aronofsky and Ari Handel for their company Protozoa Pictures. A young aspiring writer discovers secrets about her family’s past when she finds herself mysteriously being pulled back & forth through time to an 1815 plantation. An interracial romance threads through Dana’s past & present, and the clock is ticking as she struggles to confront secrets she never knew ran from her past. Starring Mallori Johnson as Dana James, Micah Stock as Kevin Franklin, Ryan Kwanten as Thomas, Gayle Rankin as Margaret, Austin Smith as Luke, David Alexander Kaplan, Sophina Brown, and Sheria Irving as Olivia. This is a good trailer, better than the teaser, but I’m still not hooked on this series yet. What is the point of these time-jumps? What is the mystery that she needs to solve? Take a look below. 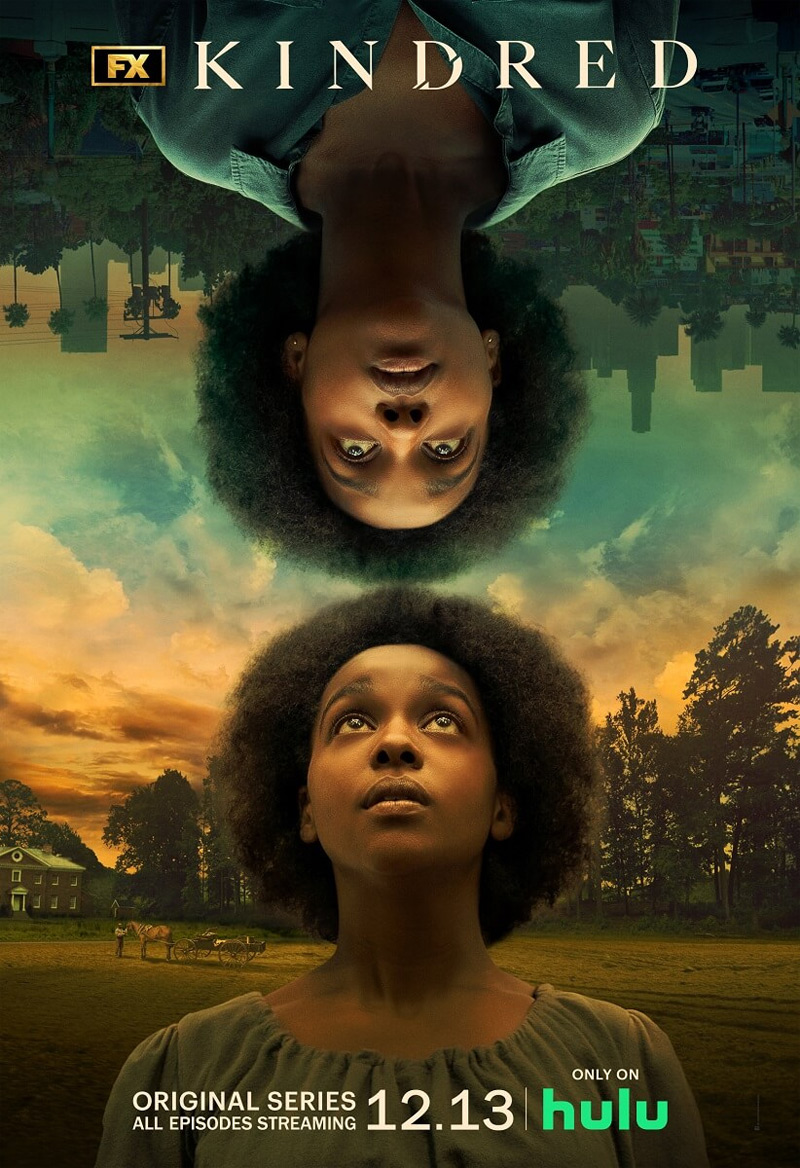 You can you rewatch the first teaser trailer for FX’s series Kindred here, to see the first look again.

The series centers on Dana James (Mallori Johnson), a young Black woman and aspiring writer who has uprooted her life of familial obligation and relocated to Los Angeles, ready to claim a future that, for once, feels all her own. But, before she can settle into her new home, she finds herself being violently pulled back and forth in time. She emerges on a 19-century plantation, a place remarkably & intimately linked with Dana and her family. An interracial romance threads through Dana’s past and present, and the clock is ticking as she struggles to confront secrets she never knew ran through her blood, in this genre-breaking exploration of the ties that bind. Kindred is a series created and showrun by Branden Jacobs-Jenkins, a consulting producer on “Watchmen” and “Outer Range” previously. With writing by Matthew Shire. Janicza Bravo directed the pilot. Adapted from Octavia E. Butler’s celebrated, critically acclaimed novel of the same name. It’s executive produced by Joe Weisberg, Joel Fields, Darren Aronofsky, Ari Handel, Courtney Lee-Mitchell, and Jules Jackson. FX will debut Kindred streaming on Hulu starting on December 13th, 2022.

Dead to Me Season 3 Ending Explained

Watch: Lovely Animated Short ‘Beyond The Hill’ About Grief & Hope