“When we feel lost, finding our way home takes a little help.” Magnolia Pictures has revealed another new US trailer for an indie road trip film called Joyland, a heartwarming Irish feature that already opened in the UK and Ireland during the summer just a few months ago. The film is described as a “train-wreck on an adventure” road trip film about two misfits. Fleeing from his father, 12-year-old Mully steals a taxi and is shocked to find a woman, Joy, in the back seat with a baby. Joy is on her way to an important meeting, and Mully needs to get some distance from his dad, who’s after the cash Mully has with him. The unlikely pair go on a journey across Ireland, gradually finding the friendship, love & learning they never knew they needed, in each other. Olivia Colman stars as Joy, with Charlie Reid as Mully, plus Olwen Fouéré, Lochlann Ó Mearáin, and Ruth McCabe. This looks quite good, a wholesome story about finding hope in strangers. 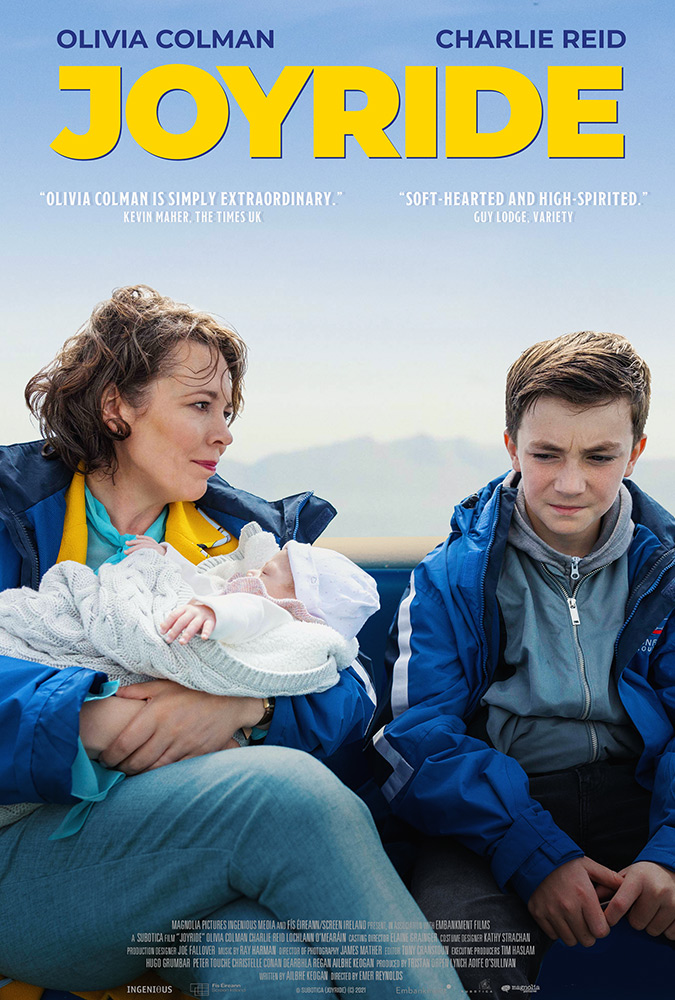 You can rewatch the other main UK trailer for Emer Reynolds’ Joyride right here, for even more footage.

Joy (Olivia Colman) is on her way to an important meeting when her taxi is hijacked by Mully, who finds her in the backseat with her baby. Mully is fleeing from his dad, who wants the cash that he has taken with him. However, despite the circumstances, the pair form an unexpected bond, becoming two diamonds in the rough on the run in this “train-wreck on an adventure.” Joyride is directed by award-winning Irish film editor / filmmaker Emer Reynolds, director of the documentary films Here Was Cuba, The Farthest, and Songs for While I’m Away previously, directing her very first narrative feature. The screenplay is written by Ailbhe Keogan. Produced by Tristan Lynch and Aoife O’Sullivan. The film already opened in the UK in July earlier this year. It also recently played at the 2022 Newport Beach Film Festival. Magnolia Pics will debut Reynolds’ Joyland in select US theaters + on VOD starting December 23rd, 2022 this year. Interested?

Sort Of Season 2: Everything to Know about the CBC Show’s 2nd Season

Armageddon Time review – a bracing portrait of grief and turbulance

For Scream to Continue Successfully it Needs to Branch into Games