“The necessary end will come… when it will come.” RLJE Films has unveiled an official trailer for a new western thriller called Murder at Yellowstone City, made by an Australian filmmaker named Richard Gray (of Sugar Mountain, Broken Ghost, Robert the Bruce). It opens in theaters and on VOD together at the end of June for anyone interested in watching. A former slave who arrives in Yellowstone City, Montana, a desolate former boomtown now on the decline, looking for a place to call home. On that same day, a local prospector discovers gold – then he’s murdered. As more brutal murders continue, pitting neighbor against neighbor, Yellowstone City goes down a bloody path to a final showdown that not all will survive. The film stars Gabriel Byrne, Thomas Jane, Isaiah Mustafa, Anna Camp, Aimee Garcia, Emma Kenney, with Nat Wolff, and Richard Dreyfuss. This looks like your standard western with a mean Sheriff and all the usual suspects in town getting into all kinds of trouble. Looks better than most of these but not by much. 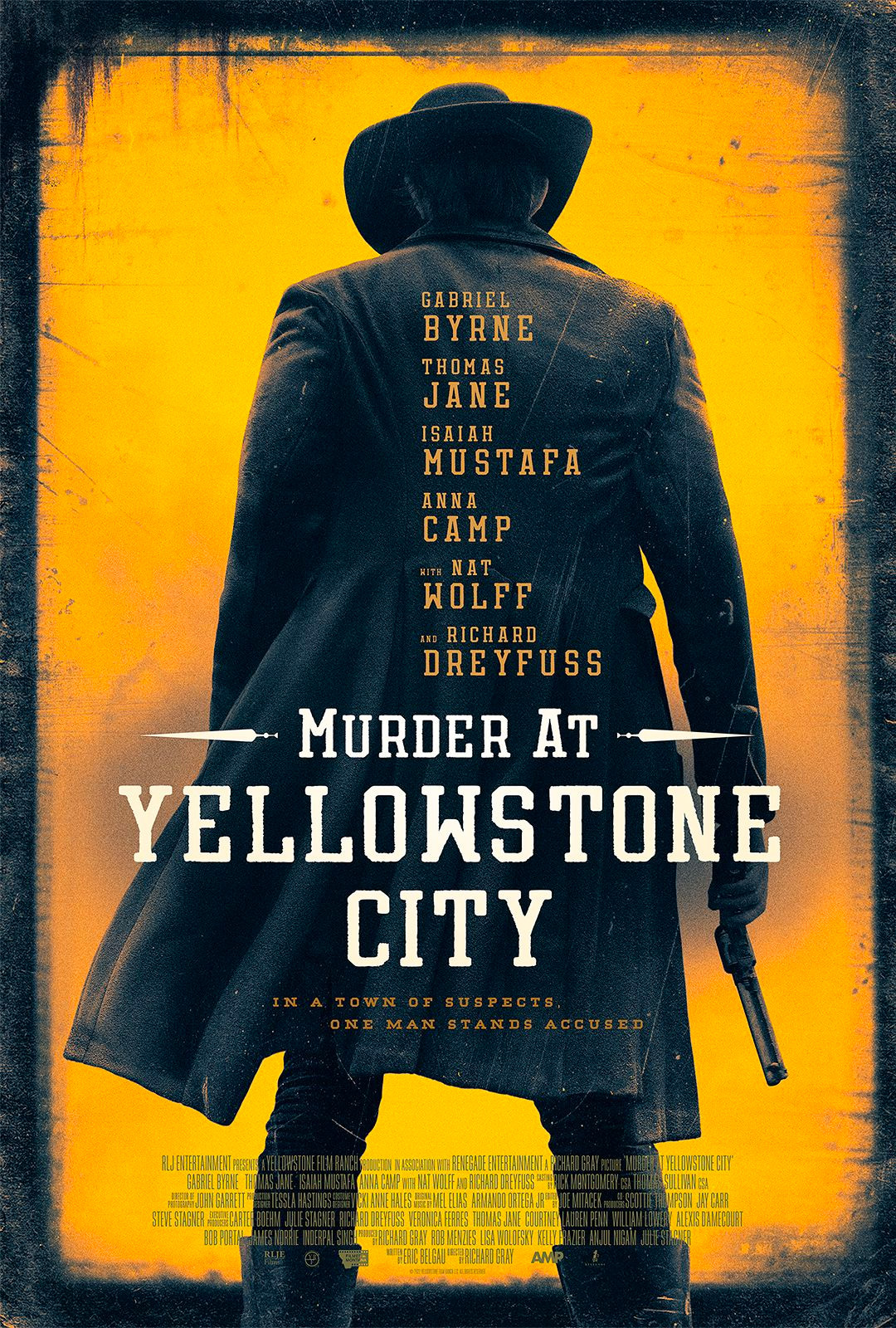 The once peaceful and booming Yellowstone City has fallen on hard times, but when a local prospector strikes gold, things seem to be turning around. Any hope is soon shattered when the prospector is found dead and the Sheriff (Gabriel Byrne) quickly arrests a mysterious newcomer. But nothing is so simple in this sleepy western town, and more than a few of the locals have secrets to keep and reasons to kill. As the brutal murders continue, pitting neighbor against neighbor, Yellowstone City goes down a bloody path to a final showdown that not all will survive. Murder at Yellowstone City is directed by Australian filmmaker Richard Gray, director of the films Summer Coda, Mine Games, Blinder, The Lookalike, Sugar Mountain, Broken Ghost, and Robert the Bruce previously. The screenplay is written by Eric Belgau (Keyeye the Movie, Robert the Bruce). This hasn’t premiered at any festivals or elsewhere, as far as we know. RLJE Films will debut Murder at Yellowstone City in select US theaters + on VOD starting June 24th, 2022 this summer.

All the A-List Stars Mentioned

All the A-List Stars Mentioned

Frank Bigelow is Going to Die Again in First Trailer for ‘D.O.A.’ Remake