“We just gotta hold on…” “That’s right.” Showtime has debuted an official trailer for a new mini-series titled George & Tammy, arriving for streaming this December. All the episodes are directed by filmmaker John Hillcoat (To Have & To Hold, The Proposition, The Road, Lawless, Triple 9), the latest movie director to move into TV. It’s based on the book “The Three of Us: Growing Up with Tammy and George” by Georgette Jones, telling the true story of these two musicians. The series is a look at the “complicated-but-enduring relationship” between famed country musicians George Jones and Tammy Wynette, as played by the very talented actors Michael Shannon and Jessica Chastain. “But as in every fairy tale, dark forces were just around the corner. Her parents fought, and George drank. George and Tammy divorced when Georgette was four, and it would be years before she understood just what that meant…” The series also features Steve Zahn, Kelly McCormack, Katy Mixon, Hendrix Yance, and Walton Goggins. This looks like all the usual fame & glory stories, about how hard it is to hold onto success and love with so much always going on. 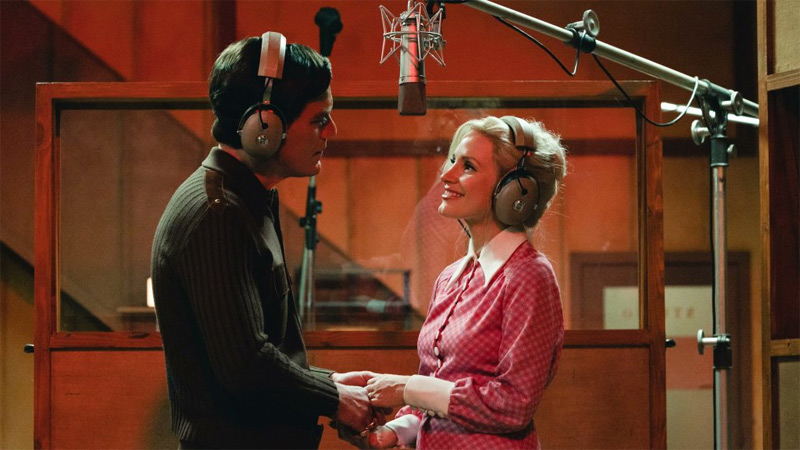 Starring Jessica Chastain & Michael Shannon, George & Tammy chronicles country music power couple, Tammy Wynette & George Jones, whose complicated-but-enduring relationship inspired some of the most iconic music of all time. Remembered as the “First Lady of Country Music,” Wynette’s most successful song “Stand by Your Man” remains one of the most iconic & best-selling singles by a female artist. Known for his once-in-a-lifetime voice, George Jones’ song “He Stopped Loving Her Today,” is still widely called the greatest country song of all time. With over 30 number-one country songs between them, including duets “We’re Gonna Hold On,” “Golden Ring” and “Near You,” George and Tammy’s legacy, both musically and romantically, remains one of the greatest love stories ever told. George & Tammy is a series created by Abe Sylvia, who also worked with Chastain on The Eyes of Tammy Faye. All the episodes are directed by filmmaker John Hillcoat (The Proposition, The Road, Lawless, Triple 9). Writing by Mary Castellanos, Logan Faust, Bryan Goluboff, Sheri Holman, Becky Mode, Lindsey Villarreal. From the book by Georgette Jones. Produced by MTV Ent. Studios, 101 Studios, Freckle Films, Mad Chance, Brolin Prod., Aunt Sylvia’s Moving Picture Co., & Blank Films Inc. Showtime will stream George & Tammy on December 4th, 2022.

The faux feminism of the hagsploitation boom