“The problem is that these people aren’t smart, the problem is that they are.” Focus Features has unveiled an official trailer for Vengeance, marking the feature directorial debut of actor B.J. Novak, known from The Office and Tarantino’s Inglourious Basterds. The film is debuting as a centerpiece premiere at the 2022 Tribeca Film Festival in NYC this summer. It’s described as “a darkly comic thriller” about Ben Manalowitz, a journalist and podcaster who travels from New York City to West Texas to investigate the death of a girl he was hooking up with. From this trailer, it’s obvious that there is more going on and he gets in over his head trying to make a true crime podcast learning about real crime. Novak also wrote the script and stars with an ensemble cast including Issa Rae, Ashton Kutcher, Boyd Holbrook, J. Smith-Cameron, and Dove Cameron. This looks like some good ol’ Texas fun, taking a city boy for a ride on the wild side. Check it out. 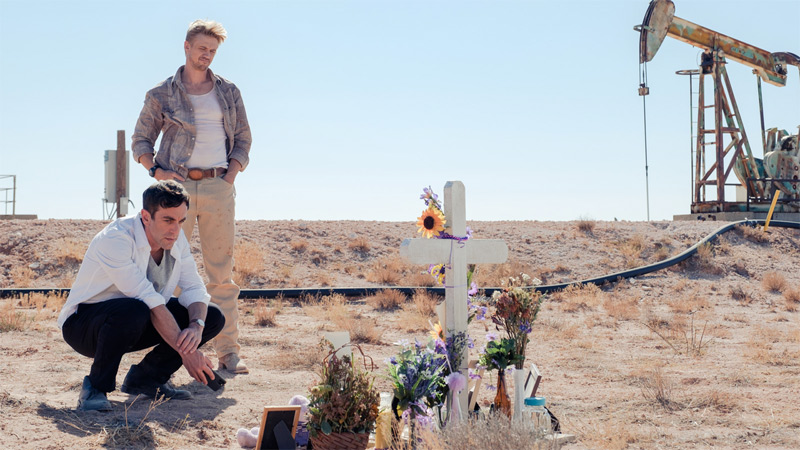 Vengeance is B.J. Novak’s feature directorial debut, a darkly comic thriller about a journalist who travels from New York City to West Texas to investigate the mysterious death of a young woman. Vengeance is both written and directed by Jewish-American actor turned filmmaker B.J. Novak, making his feature directorial debut; he also directed episodes of “The Office”, “The Mindy Project”, and “The Premise” for TV previously. Produced by Jason Blum, Greg Gilreath, and Adam Hendricks; made by Blumhouse Productions. The film is premiering at the 2022 Tribeca Film Festival this summer. Focus Features will release Novak’s Vengeance in select US theaters starting on July 29th, 2022 coming soon. First impression? Look funny?

Gwyneth Paltrow FINALLY Responds To Accusation Kourtney Kardashian ‘Copied’ Goop: ‘I Understand Where It Comes From’

Gwyneth Paltrow FINALLY Responds To Accusation Kourtney Kardashian 'Copied' Goop: 'I Understand Where It Comes From'

TOMORROW X TOGETHER Is No. 1 – Billboard

Marks & Spencer’s Striped Jumpers Are the Best Around