“How long do you think this is going to last?” Ah right, the dreaded question we all kept asking over and over during the last two years. Vertical Ent. has revealed an official trailer for an indie romantic drama titled Alone Together, the second feature film directed by actress Katie Holmes. It’s premiering this week at the 2022 Tribeca Film Festival before it lands in limited theaters and on VOD starting this July. Another pandemic COVID-19 lockdown film, with a twist. Two strangers embroiled in bad relationships wind up in the same upstate New York AirBnb and end up connecting together. Katie Holmes stars as one, and Jim Sturgess as the other, who ends up staying there until her boyfriend John shows up. Derek Luke also co-stars, plus Zosia Mamet and Melissa Leo. This looks much more like a play than a film, but it works fine either way. As long as the conversations are good and it doesn’t end up boring, this might be worth a watch. 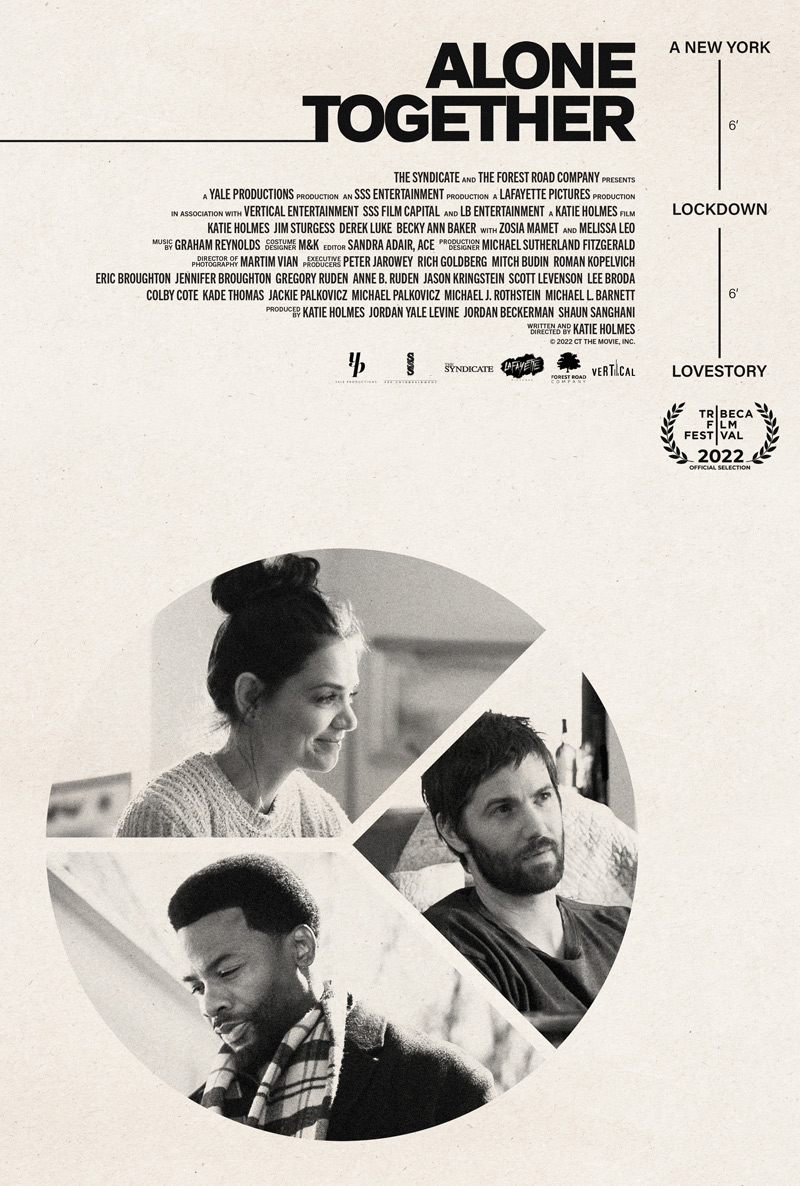 Going upstate for a short romantic getaway to escape the pandemic in New York City, food critic June’s (Katie Holmes) plans go wrong from the start. Arriving at the AirBnb in advance of her boyfriend, John (Derek Luke), she is shocked to discover it has also been double-booked by recently single Charlie (Jim Sturgess). When John decides to stay in the city to take care of his parents, June has to settle in for the long haul as she realizes that the initial two weeks of the pandemic might just drag on a little bit longer than expected. As spring begins to unfold around them, June and Charlie make the most of the sudden break in their routines and develop an unexpected intimacy as they bond over their goals, ambitions and, of course, relationships. Alone Together is both written and directed by American actress-turned-filmmaker Katie Holmes, her second feature after directing All We Had previously, as well as another short. This is premiering at the 2022 Tribeca Film Festival this month. Vertical will then debut Holmes’ Alone Together in select US theaters on July 22nd, 2022, and also on VOD starting July 29th this summer. Look any good?