“Look around you. There’s no one here… No one cares. The war is over.” IFC Midnight has revealed the official trailer for a WWII thriller titled Burial, from filmmaker Ben Parker (The Chamber). This should’ve shown up at some festivals before opening, but it hasn’t yet, and will be heading straight to theaters (and VOD) in early September if anyone is curious about watching anyway. Set during the last days of WWII, a band of Russian soldiers tasked with transporting Hitler’s remains out of Germany are ambushed by Nazi “Wehrwolf” fighters. They must ensure their “cargo” doesn’t fall into the hands of those who would see it buried, in order to hide the truth forever. Starring Charlotte Vega, Barry Ward, Dan Renton Skinner, Bill Milner, Harriet Walter, and Tom Felton. This plays much more like a horror about ghosts in the forests than a thriller about Hitler’s remains, which is fine, but that may be why it hasn’t had much buzz yet. 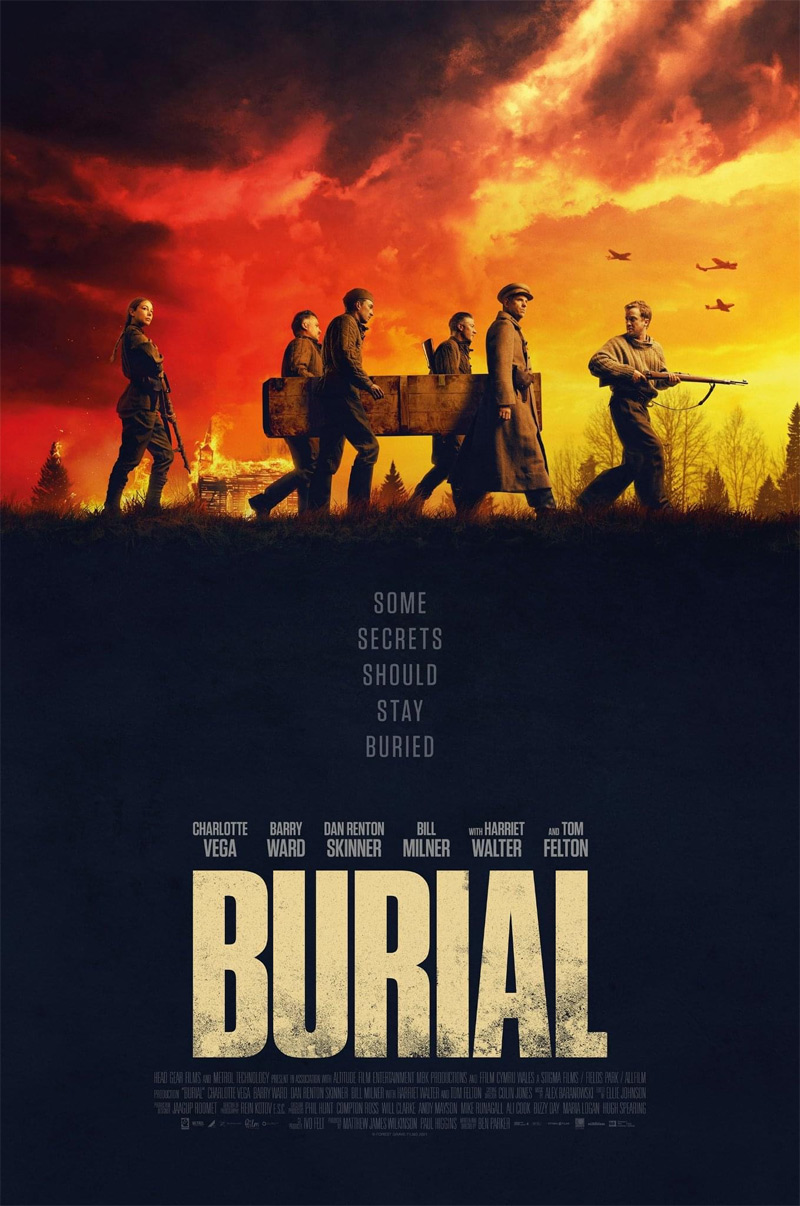 Set in the last days of WWII, Burial tells the fictional story of a small band of Russian soldiers, led by intelligence officer Brana Vasilyeva (Charlotte Vega), tasked with trafficking the remains of Hitler back to Stalin in Russia. En route, the unit is attacked by German ‘Werwolf’ partisans and picked off one-by-one. Brana leads her surviving comrades in a last stand to ensure their ‘cargo’ doesn’t fall into the hands of those who would see it buried, in order to hide the truth forever. Burial is both written and directed by British filmmaker Ben Parker, his second feature after making The Chamber previously; he also has a story by credit on Girl on the Third Floor. It’s produced by Paul Higgins, Matthew James Wilkinson, and Hugh Spearing. This hasn’t premiered at any festivals or elsewhere, as far as we know. IFC Films will debut Parker’s Burial in select US theaters + on VOD starting September 2nd, 2022 coming soon. Look good?

Not Our Job to Create Next Revolution, But Daughter Will

Not Our Job to Create Next Revolution, But Daughter Will

The Justice Society Debuts in the ‘Black Adam’ Trailer

Second Trailer for Psychedelic Thriller ‘All Jacked Up & Full of Worms’

Watch the Trailer for THE MIDNIGHT CLUB, Based on the Works of Christopher Pike

10 Big Names Who Appeared on the Sitcom