Maya Rudolph is a Billionaire Philanthropist in ‘Loot’ Series Trailer

Maya Rudolph is a Billionaire Philanthropist in ‘Loot’ Series Trailer

“I never did the work to find out who I am.” Apple has revealed the trailer for a comedy series titled Loot, starring and produced by Maya Rudolph. Loot is created, written and executive produced by TV creators / producers Yang & Hubbard. Rudolph is Molly Novak, a billionaire ready to save the world. After divorcing her husband of 20 years, Molly must figure out what to do with her $87 billion settlement. She decides to reengage with her charitable foundation and reconnect with the real world—finding herself along the way. In addition to Rudolph, the Loot ensemble cast is led by stars Michaela Jaé Rodriguez, Ron Funches, Nat Faxon, and Joel Kim Booster. This definitely seems inspired by the story of MacKenzie Scott, who walked away a huge billionaire after her divorce from Amazon’s Jeff Bezos. As sweet and amusing as this story is, let’s not forget that no one in this world should be a billionaire and philanthropy is often branding cover-up used to make themselves look good. Which this series definitely does seem to touch upon. Enjoy. 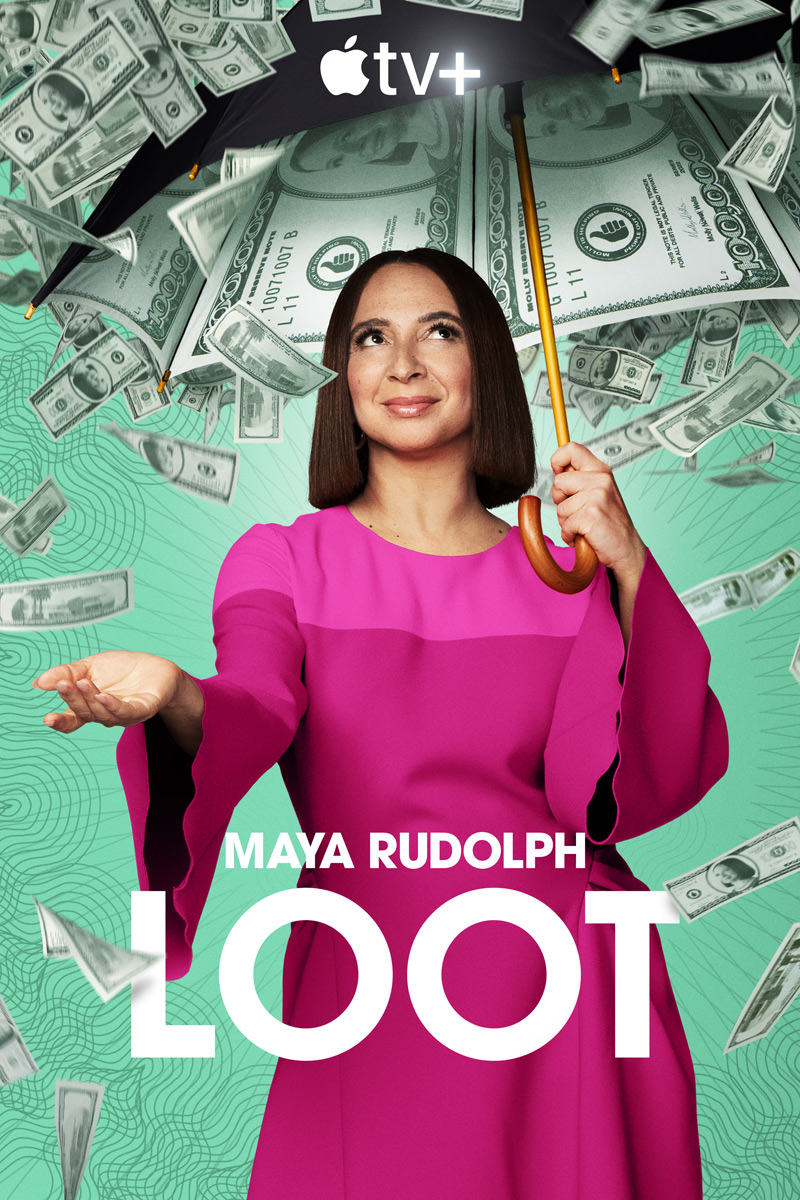 In Loot, billionaire Molly Novak (Maya Rudolph) has a dream life, complete with private jets, a sprawling mansion and a gigayacht — anything her heart desires. When her husband of 20 years betrays her, she spirals publicly, becoming fuel for tabloid fodder. She’s reaching rock bottom when she learns, to her surprise, she has a charity foundation run by the no-nonsense Sofia Salinas (Michaela Jaé Rodriguez), who pleads with Molly to stop generating bad press. With her devoted assistant Nicholas (Joel Kim Booster) by her side, and with the help of Sofia and team — including mild-mannered accountant Arthur (Nat Faxon) and her optimistic, pop-culture-loving cousin Howard (Ron Funches) — Molly embarks on a journey of self-discovery. Giving back to others might be what she needs to get back to herself. Loot is created, written and executive produced by Alan Yang (“Master of None”) & Matt Hubbard (“Parks and Rec”). Executive produced by Natasha Lyonne, Maya Rudolph, Danielle Renfrew Behrens, and Dave Becky. Apple debuts the Loot series streaming on Apple TV+ starting June 24th, 2022 this summer. Any good?

‘Resident Evil 4’ Remake Ready for Next Gen and Looks Incredible

9 Things We Need to See by the ‘NCIS: LA’ Series Finale