“What if your data was stored in your houseplant?” Netflix has revealed an official trailer for The Future Of, an exciting series looking at the future of the world we live in. Produced by The Verge and Vox Media Studios, this doc series is about how technology will affect the basic aspects of our lives in the future. It’s a contemplative, speculative series that uses existing technology and ideas in the works to show us the future. Narrated by Jurnee Smollett. The doc series has 12 eps covering these topics: dogs, dating, houseplants, gaming, space vacations, cheeseburgers, life after death, sports, fashion, skyscrapers, health, headphones. I’m a big “future” nerd (and sci-fi geek) and I love looking at all the possibilities, which is why I’m curious about this series. I don’t think all of this will happen, some of it may just not make sense or we’ll skip right over it into something else. Or the speculation is entirely off. But let’s see! Some of this is not good, and I wish they’d admit it – “living forever” has been covered by sci-fi for a quite while already. Have a look below.

Here’s the official trailer (+ poster) for Netflix’s doc series The Future Of, direct from YouTube: 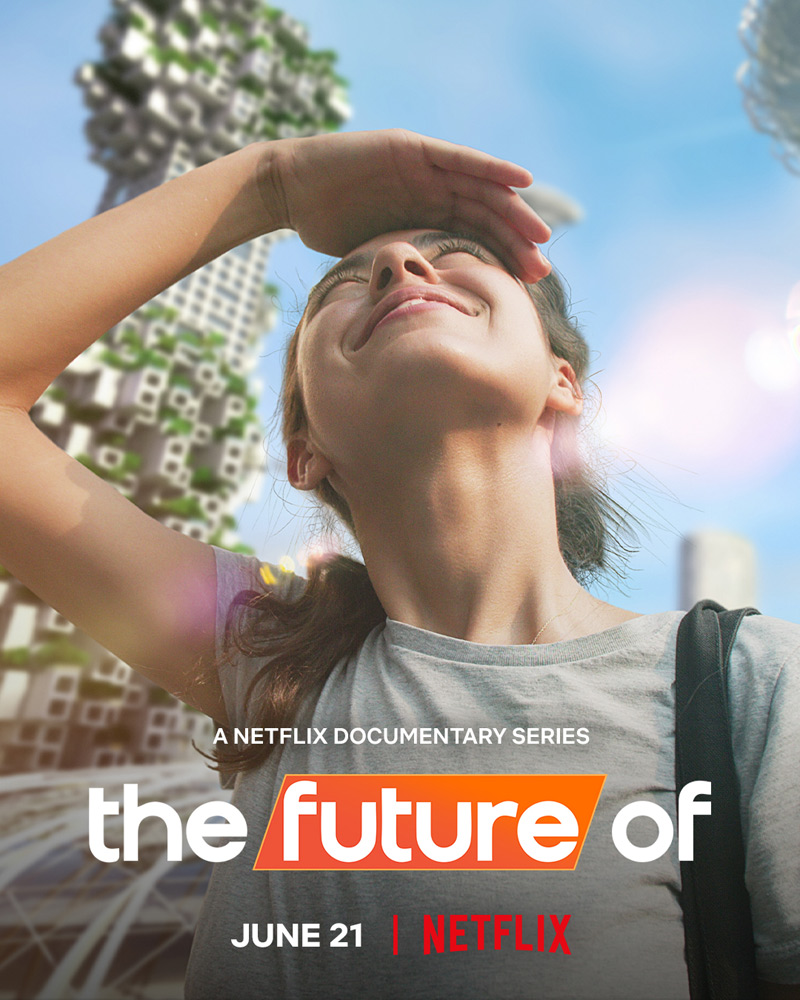 What if we could look into the future to see how every aspect of our daily lives – from raising pets and house plants to what we eat and how we date – will be impacted by technology? We can, and should, expect more from the future than the dystopia promised in current science fiction. The Future Of will reveal surprising and personal predictions about the rest of our lives — and the lives of generations to come. The Future Of is a doc series produced by Vox Media Studios, The Verge, and 21 Laps Entertainment. No info on episode directors has been revealed yet. The series is executive produced by Nilay Patel and Eleanor Donovan for The Verge, Shawn Levy and Josh Barry for 21 Laps Entertainment, and Chad Mumm, Mark W. Olsen, Max Heckman, Michael John Warren, and Chris Grosso for Vox Media Studios. Featuring a total of 12 short episodes covering various topics. Netflix will debut The Future Of doc series streaming on Netflix starting June 21st, 2022 – the second set of episodes debuts on June 28th this summer. Curious?

In The Dark Season 4 Episode 2 Review: No Cane Do