“I need to know if I ever mattered to her… Maybe you’ve wondered that about your Dad?” Oooph. Netflix has revealed an official trailer for a cheesy holiday romance, continuing their Hallmark Channel takeover. The Noel Diary is a sappy story about an author who goes home and discovers his mom’s old diary in her estate. Maybe he will find “unexpected” love as well? Of course he will. Cleaning out his childhood home at Christmas, a novelist meets an intriguing young woman searching for her birth mother. Will an old diary unlock their pasts — and hearts? Based on the novel by Richard Paul Evans. The film stars Justin Hartley as Jake + Barrett Doss as Rachel, with Essence Atkins, Bonnie Bedelia, and James Remar. Though the best part about this film, obviously, is the doggie that appears a few times – but not often enough. I just hope he’s a part of the plot, too! This doesn’t look so bad, but does look super duper cheesy, just as expected. 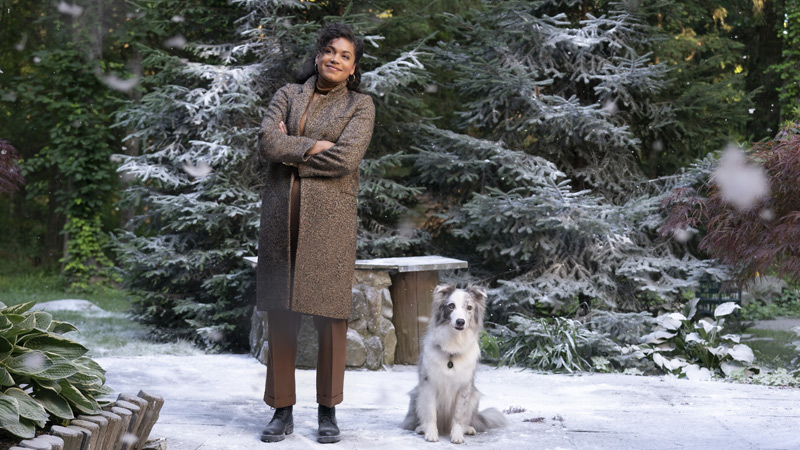 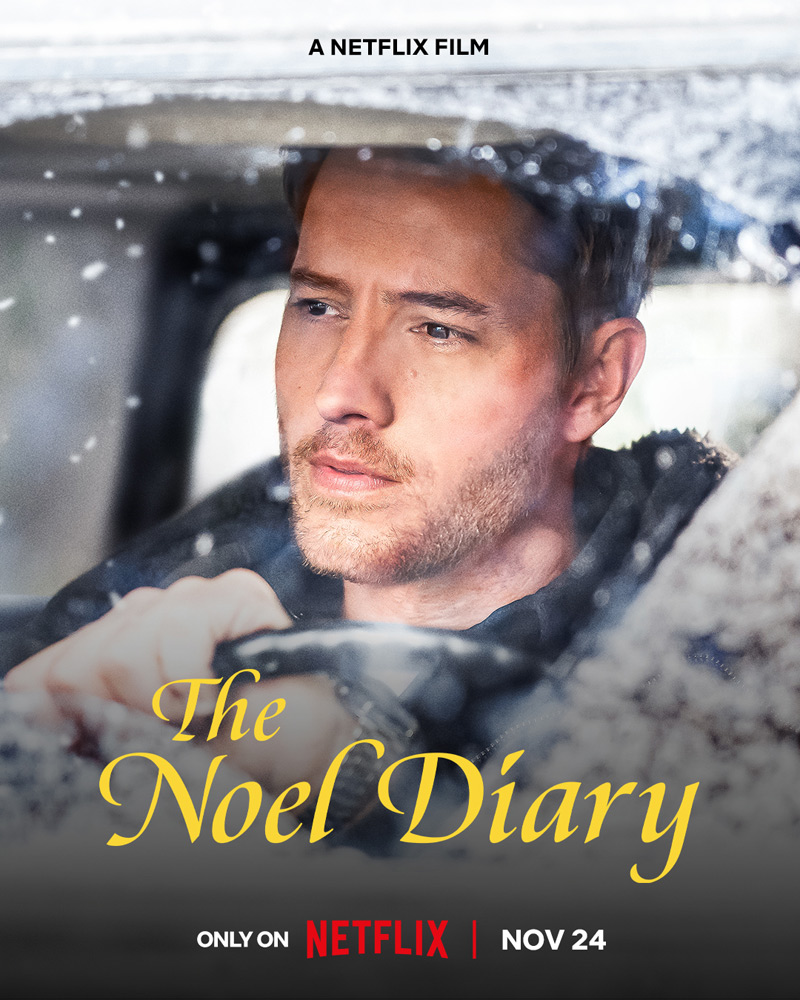 When the best-selling author Jake Turner (Justin Hartley) returns to his childhood home at Christmas to settle his estranged mother’s estate, he discovers a diary that may hold secrets to his own past and that of Rachel (Barrett Doss) – an intriguing young woman on a mission of her own. Together, they embark on a journey to confront their pasts and discover a future that’s totally unexpected. Will this old diary unlock their pasts — and hearts? The Noel Diary is directed by American producer / filmmaker Charles Shyer, director of the films Irreconcilable Differences, Baby Boom, Father of the Bride I & Part II, I Love Trouble, The Affair of the Necklace, and Alfie previously. The screenplay is co-written by Charles Shyer & Rebecca Connor and David Golden. It’s adapted from the novel of the same name written by Richard Paul Evans. Produced by Timothy O. Johnson, Stephanie Slack, and Margret H. Huddleston. Netflix will release Shyer’s The Noel Diary streaming on Netflix worldwide starting on November 24th, 2022 this fall. Look good?

Watch: Entrancing Short Doc ‘Haulout’ About Walruses in the Arctic

Deadpool and Wolverine ‘Hate Each Other’ in ‘Deadpool 3’

What Channing Tatum Will Tell His Daughter About His Time Working As A Stripper!

How to Get Tickets to Madonna’s Sold-Out 2023 Tour