“You know that feeling of finally find your people? So do we.” Amazon has revealed a new “lifestyle” promo video for Prime Video that is all about their upcoming Lord of the Rings series. It’s not specifically a preview for the series (and doesn’t feature new footage) but it is clearly promoting the series anyway. The Rings of Power is due to premiere on Amazon’s Prime Video in September in just a few more months, with a second season already in production. “Fandom has no limit at Prime Video. See Where it takes you. Because Prime Video offers your favorite entertainment all in one place, fans can follow their passions deeper— from series to books to costumes and more.” The promo video focuses on a boy who begins reading Tolkien’s The Lord of the Rings book and becomes a huge fan of the Elves, deciding to dress up and attend a theatrical premiere of the Rings of Power series. I want to go, too!! It’s a call back to the glorious days of the LOTR fandom in the early 2000s, hoping that they’ll get all these people back to watch the incredibly expensive new LOTR series when it airs this fall. Stay tuned for another official trailer – hopefully soon. And wait, is that an Ent?! 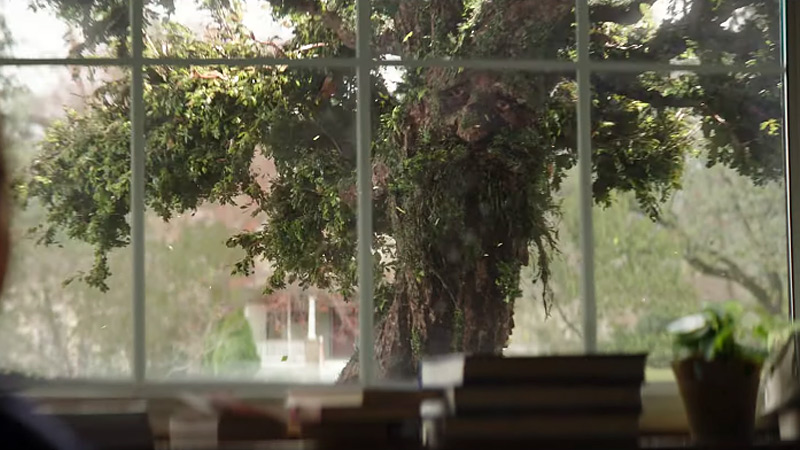 Watch the first teaser trailer for The Lord of the Rings: The Rings of Power series here for more footage.

Beginning in a time of relative peace, the series follows an ensemble cast of characters, both familiar and new, as they confront the long-feared re-emergence of evil to Middle-earth. From the darkest depths of the Misty Mountains, to the majestic forests of the elf-capital of Lindon, to the breathtaking island kingdom of Númenor, to the furthest reaches of the map, these kingdoms and characters will carve out legacies that live on long after they are gone. The Lord of the Rings: The Rings of Power is a new series developed by Amazon Studios, in cooperation with the Tolkien Estate and Trust, HarperCollins, and New Line Cinema. J. D. Payne and Patrick McKay are showrunners and developed the streaming series adaptation, set in the Second Age of Middle-earth before the events of the Lord of the Rings novel and the previus films. J.A. Bayona directed the first two episodes of the first season, Wayne Che Yip directed four episodes, and Charlotte Brändström directed two. Amazon debuts The Lord of the Rings: The Rings of Power series streaming on Prime Video starting September 2nd, 2022 later this year. Who’s ready to see even more?

The 18 Best Minimalist Handbags to Elevate Your Outfits