New US Trailer for Crime Musical ‘The Score’ Featuring Will Poulter

New US Trailer for Crime Musical ‘The Score’ Featuring Will Poulter

“What are you doing here, Gloria?” “Waiting for something better to come along…” Gravitas has revealed the official US trailer for a film from the UK titled The Score, which is playing in theaters now and out on VOD next week. This premiered at the 2021 Tallinn Black Nights Film Festival last year, where it initially grabbed my attention. From the producers of Yesterday, The Score boldly combines real time heist-thriller suspense with offbeat romance and a killer soundtrack; starring and featuring the music of Johnny Flynn, alongside Naomi Ackie and Will Poulter. Two small time crooks, Mike & Troy, are on a mission – the “score” – that they both expect will transform their lives. At a roadside café, as they wait for a rendezvous hand-over, Troy falls in love with the waitress, Gloria, and begins to question his life choices… with a threat of real danger on the way. Also stars Lydia Wilson, Roger Ashton-Griffiths, Lucian Msamati. This still looks good, though the trailers really don’t know how to capture the vibe. I still want to watch it anyway.

Here’s the official US trailer (+ poster) for Malachi Smyth’s The Score, from Gravitas’ YouTube: 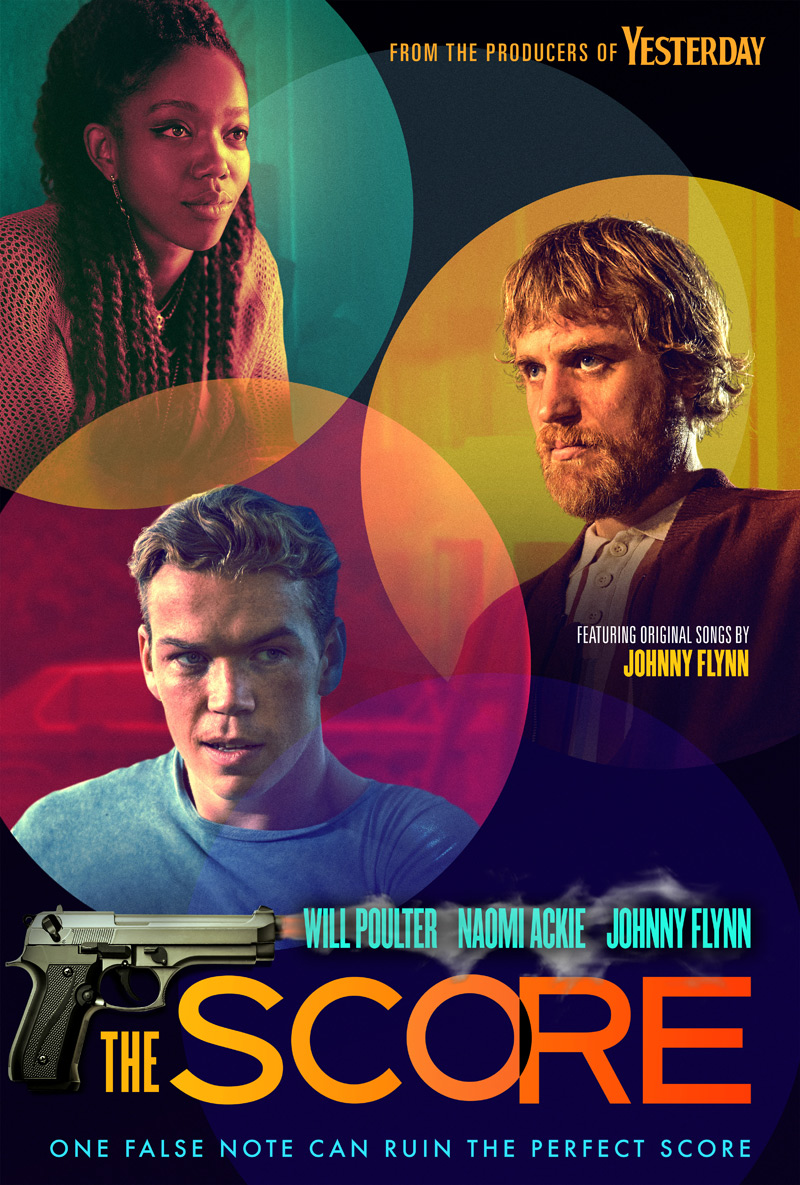 You can rewatch the original UK teaser for Smyth’s The Score here, to catch the first look again.

Two small time crooks, Mike (Flynn) and Troy (Poulter), are on a mission – the “score” – that they both expect will transform their circumstances. At a roadside café, as they wait for a rendezvous hand-over, Troy falls in love with the waitress, Gloria (Ackie), and begins to question his life choices… while the threat of real danger is driving to meet them soon. The Score is both written and directed by British filmmaker Malachi Smyth, making his feature directorial debut after one other short, and writing scripts for a few other films previously. It’s produced by Ben Pullen and Matthew James Wilkinson. This initially premiered at the 2021 Tallinn Black Nights Film Festival in Estonia last year. It also already opened in UK cinemas earlier in the year. Gravitas Ventures recently opened Smyth’s The Score in select US theaters – now playing in a few places. It will also be available to watch on VOD starting June 10th, 2022 coming soon. Curious?