“I don’t feel guilty, I feel hopeful!” And sometimes hope is what matters most. Abramorama has unveiled an official trailer for The Human Trial, a documentary film about trying to find & test a diabetes cure. The film follows different researchers across seven years of time, and it will be ready to debut starting in June. Chronicling the intimate stories of two patients living with Type 1 Diabetes, a physically and financially exhausting lifelong condition, it hopes for this overdue cure – needed now more than ever. Maren Badger and Greg Romero are the guinea pigs in a radical stem cell trial to cure their T1D. After it seemed like this day would never come, they navigate their emotions as they undergo this new life-altering treatment. The filmmakers reveal the mental & physical rollercoaster that scientists and patients go through as they travel along the road to a cure for the disease. This looks like an emotional and inspiring look at modern medicine. 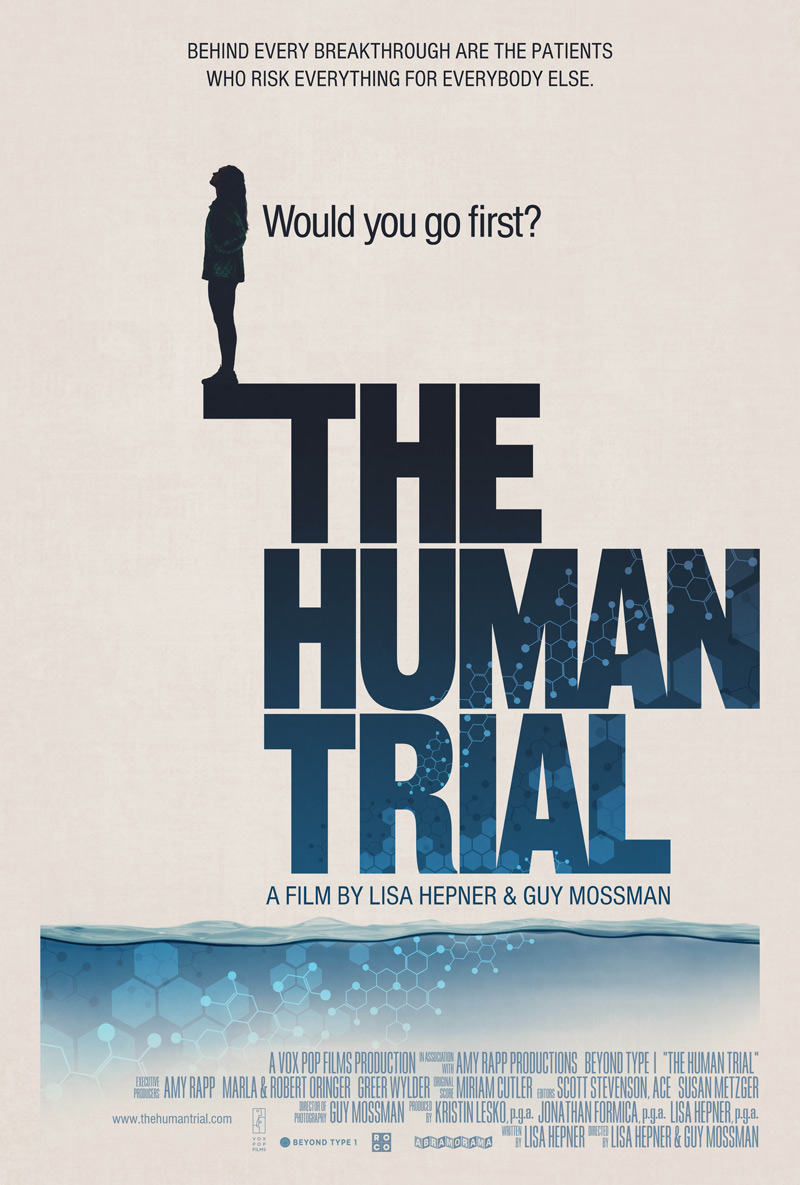 The Human Trial documentary peels back the headlines to show the sweat, passion and sacrifice poured into every medical breakthrough. It interweaves the stories of the patients — who have borne the physical and financial burdens of type 1 diabetes (T1D) — with the researchers who epitomize the struggle of innovating cures. Director Lisa Hepner — whose own T1D fuels her search for a cure — becomes the bridge between these two worlds. For seven years, Lisa and Guy embedded themselves with a biotech company in San Diego. They filmed the researchers’ triumphs and failures in the lab, following them from Tokyo to Riyadh as they raised money to keep their trial going. At the same time, the husband/wife team followed two patients, the self-described “guinea pigs” at the University of Minnesota. The Human Trial is directed by acclaimed doc filmmakers Lisa Hepner (producer / director of the doc Peace by Peace: Women on the Frontlines) & Guy Mossman (a cinematographer making his feature directorial debut). Abramorama will debut The Human Trial doc in select US theaters starting on June 24th, 2022. Visit the film’s official site.

12 Actors Who Spoiled Their Own Movies

Groundhog Day Is Still a Joy to Rewatch 30 Years Later