“No one’s ever really written anything like it since.” Paramount is releasing this music history documentary The Day The Music Died: American Pie streaming on Paramount+ next week. We’re just catching up with this trailer and considering it looks like a good doc it’s worth featuring. Fifty years ago, Don McLean’s “American Pie” entered music history. It was a tumultuous time for the country, with political upheaval, civil unrest, a generational divide, and social turmoil. A half-century may have gone by, some things never change… including the enduring popularity of “American Pie.” It’s an extraordinary, wide-ranging look at the creation of the song — but also its inspiration: the tragic plane crash that killed Buddy Holly. It examines the social upheaval & political unrest of the late 60s, including interviews with Garth Brooks, Brian Wilson, Jade Bird and “Weird Al” Yankovic, it’s a kaleidoscopic journey through the evolution and legacy of a single song that has become one of the most indelible musical creations of all time. Watch it streaming next week. 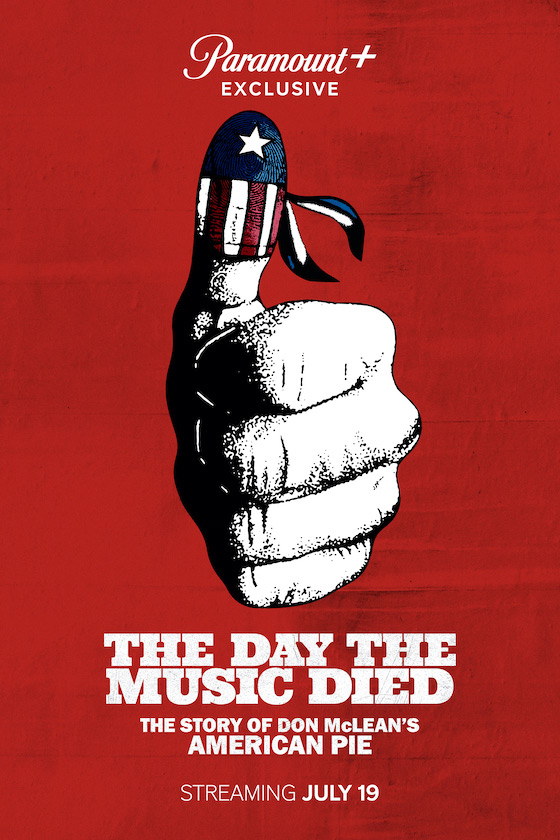 The story of America – our past and our future. More than just a song or a man, this documentary film is about a major cultural moment in America’s history that has followed us from the 1970s. Featuring a new generation of artists, inspired by the same values & ideas that inspired Don McLean in writing American Pie — one of the great musical touchstones of pop music and culture. The Day The Music Died: American Pie is directed by American cinematographer / filmmaker Mark Moormann, director of the doc films Tom Dowd & the Language of Music, For Once in My Life, and The Record Man previously. To help bring the documentary to life, Don McLean enlisted music producer and songwriter Spencer Proffer, CEO of media production company Meteor 17. Produced by Spencer Proffer. Paramount will debut the music doc The Day The Music Died: American Pie streaming on Paramount+ starting July 19th, 2022 this summer. Who’s in?

Violet Chachki Is Owning Her Power

Why Basket Case is Sleazy, Cheap and Absurdly Entertaining

10 Actors Who Were Way Older Than Their Characters

Sienna Miller’s Sezane Dungarees Are Such a Denim Trend

“This album was an escape”