“It was this idea that films kinda brought us together, and to this day, still do.” Same with my Dad and me. Netflix has revealed the official trailer for an acclaimed documentary film titled simply Sr., directed by award-winning doc filmmaker Chris Smith (American Movie, Jim & Andy: The Great Beyond, Fyre). The title is a reference to Robert Downey Sr., the father of actor Robert Downey Jr. (they even make fun of the title in this trailer). The very intimate, very personal film is about their father-son relationship and his father’s work in the film industry. Like Father. Like Son. Like No Other. Sr. is a lovingly irreverent portrait of the life and career of maverick filmmaker Robert Downey Sr. (who passed away in 2021) that devolves into a meditation on art, mortality, and healing generational dysfunction. The film originally premiered at the 2022 Telluride Film Festival and also showed up at NYFF, AFI Fest, and DOC NYC this fall. It has been receiving glowing reviews and is expected to get some documentary nominations during the awards season. 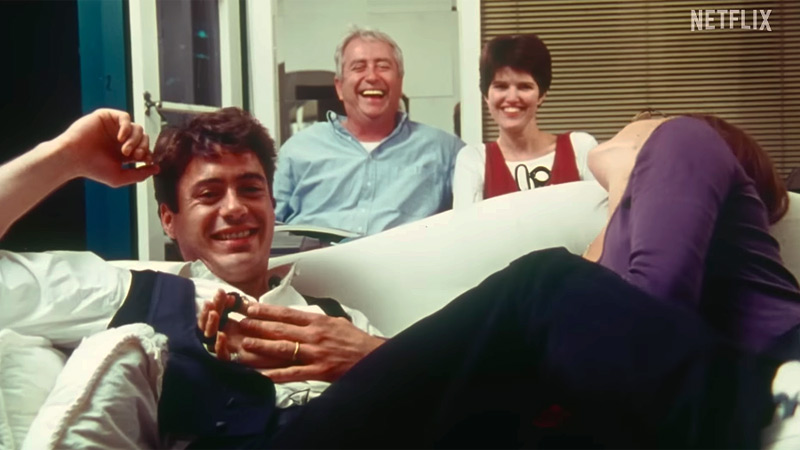 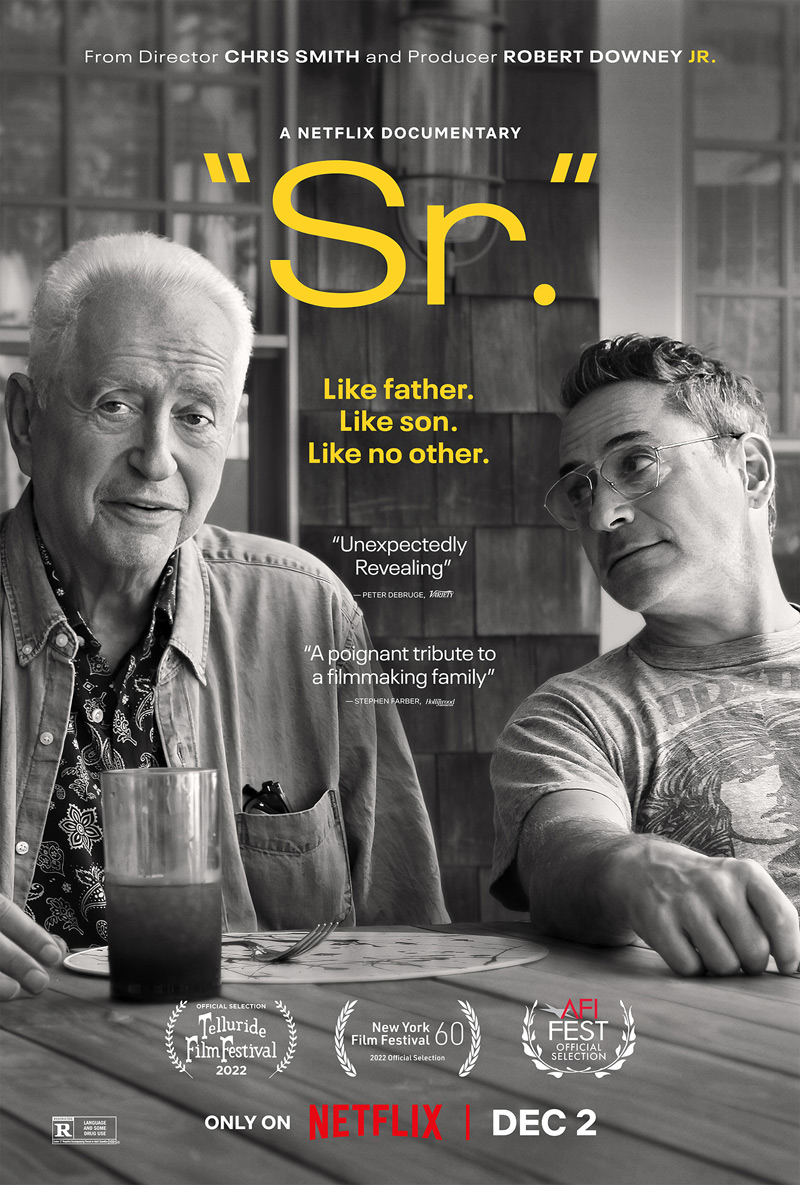 From documentarian Chris Smith comes a lovingly irreverent portrait of the life, career, and last days of maverick filmmaker Robert Downey Sr., whose rebellious spirit infused decades of counterculture movie-making. Sr. widens the lens from Downey’s art to the life with which it was deeply intertwined, including an intimate examination of his relationship with son Robert Downey, Jr. Shot over three years, the film truly honors Senior’s nonlinear, outlaw-life approach, including capturing his decision to embark on his own concurrent, final film project. This portrait of a family and an artist is a meditation on life that’s as surreal as it is sentimental, a celebration of making art with no rules that tosses out its own rulebook along the way. Sr. is directed by acclaimed American doc producer / filmmaker Chris Smith, director of the doc films American Movie, Home Movie, The Yes Men, Collapse, Jim & Andy: The Great Beyond, Fyre, and Operation Varsity Blues previously. This initially premiered at the 2022 Telluride Film Festival, and it also played at NYFF. Netflix releases Sr. streaming on Netflix starting December 2nd, 2022. Look good?

The Worst Christmas Movies Ever Made

The Best Fashion Launches of January 2023