“We are not leaving, this is our land and we mean to stay!” A trailer has arrived for an indie western film titled The Lonesome Trail, marking the feature debut of filmmaker Arlette Thomas-Fletcher. This is a religious propaganda film in which they even admit that the whole point is “about Preacher Brent Carson’s commitment to God to spread the gospel and help all people migrating to the town of Red Springs Montana to find a home.” A preacher comes to a small western town in the 1890s, settles in the outer lands near one of the biggest landowners in town and changes the whole landscape of the town. The tagline is: “Sometimes Forgiveness Comes With A Price.” The film stars Peter Wray as the Preacher, Lamont Easter, Donald Imm, Kelly Schwartz, Kendra North, Colin McHugh, & Johnny Alonso. This just seems like some B-movie that you’d find stashed in your church near the TV, but there’s not much else worth sharing today.

Here’s the official trailer (+ poster) for Arlette Thomas-Fletcher’s The Lonesome Trail, from YouTube: 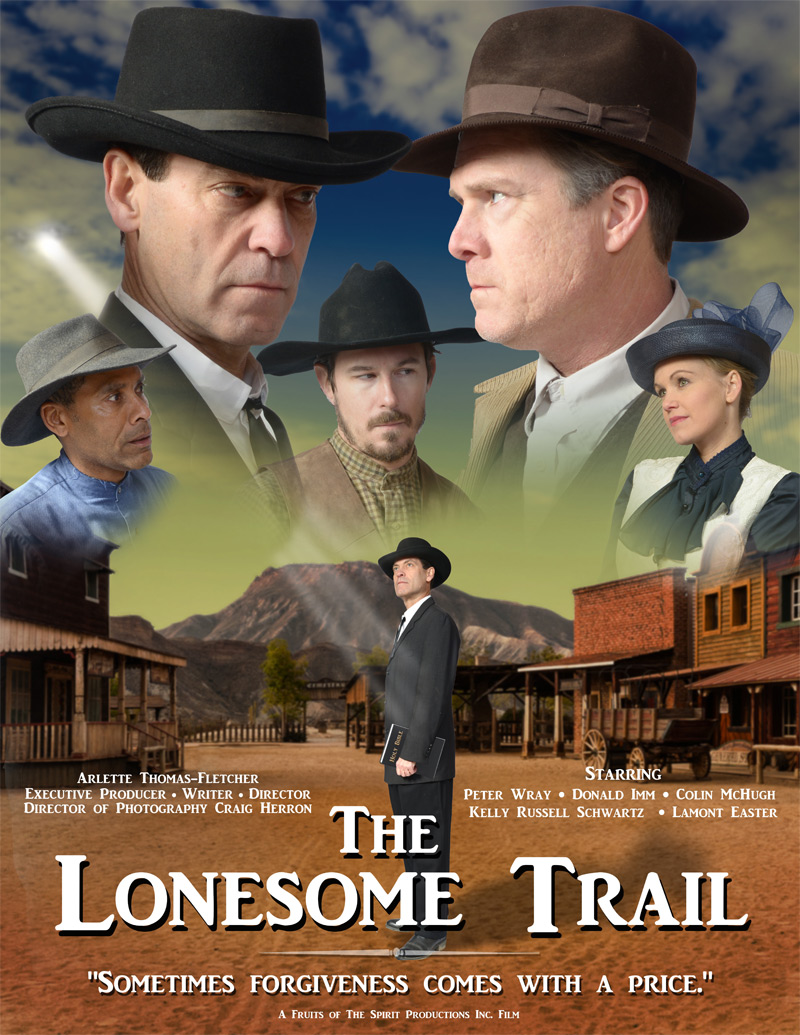 The story begins when a cattle baron starts using trail hands to terrorize homesteaders in a small mining town a preacher comes to the rescue. With a Bible, not a gun this man is able to sway the homesteaders into standing their ground for their rights to free land. The homesteaders are rallied by Preacher Brent Carson (Peter Wray) to hold their position and not be frightened away by the constant barrage of raids on their families. Mike McCray (Donald Imm) the cattle baron doesn’t stand for the resistance claps back and causes much damage to the preacher’s family and homesteaders. Frustrated with the outcome, one of the preacher’s own family members turns against him and sides with the McCray clan. The Lonesome Trail is both written and directed by indie producer / filmmaker Arlette Thomas-Fletcher, making her feature directorial debut with this project. The film originally premiered in 2019 at a few small fests. The Lonesome Trail will finally release later this year – for more details, visit the film’s official site. Is anyone interested?

Why I Don’t Write Music With Husband Morgan Evans

Revisiting Tremors, the cult monster western with a sense of humour

Behind the Scenes of ‘She-Hulk’ / Megan Thee Stallion Twerking Scene

Release Date & Everything Else We Know So Far – Hollywood Life