“Just get rid of them both, whatever the cost.” Another day, another bad Bruce Willis action movie. There’s an official trailer available now for White Elephant, the latest from the mindless action filmmaker Jesse V. Johnson (The Debt Collector, Triple Threat, Avengement, The Mercenary, Debt Collectors, Hell Hath No Fury). When an assassination attempt goes wrong, an ex-marine-turned-mob enforcer is forced to set things right or face the wrath of his ruthless mob boss. If that sounds like nearly every other boring action film recently, it’s because it is exactly that, and they’re not doing much different besides just shaking the bottle each time. Bruce Willis & Michael Rooker star, along with Michael Rose, Olga Kurylenko, Vadhir Derbez, and John Malkovich. This looks so bland and awful, please don’t waste any of your time on this. 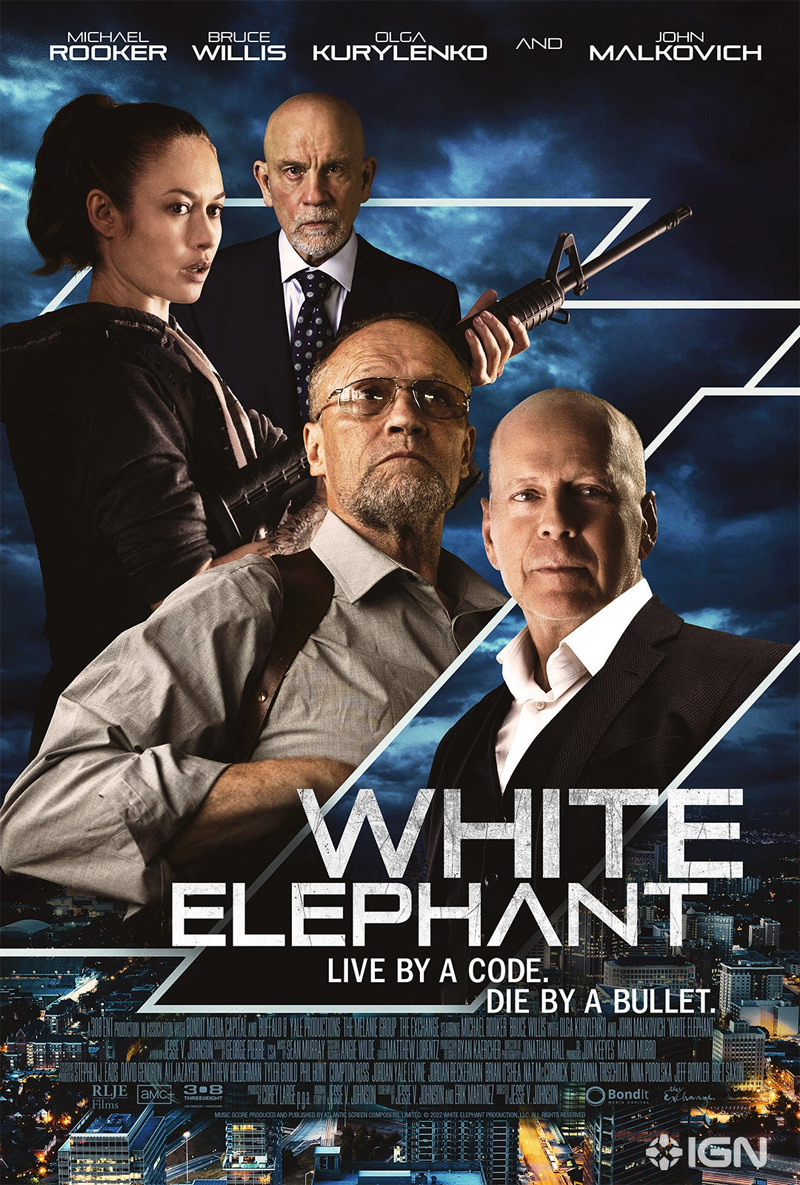 When an assassination attempt is witnessed by two cops, an ex-marine turned mob enforcer (Michael Rooker), is ordered by his ruthless mob boss (Bruce Willis) to eliminate any and all threats. With an eager underling out to prove himself, rival gangs making moves, and a rising body count, every step Tancredi makes threatens lives… including even his own. White Elephant is directed by action filmmaker Jesse V. Johnson, a former stuntman now directing films including The Honorable, Pit Fighter, The Last Sentinel, The Fifth Commandment, The Butcher, The Package, The Beautiful Ones, Savage Dog, Accident Man, The Debt Collector, Triple Threat, Avengement, The Mercenary, Debt Collectors, and Hell Hath No Fury most recently. The screenplay is written by Jesse V. Johnson and Erik Martinez. RLJE Films will release White Elephant in select US theaters + streaming on AMC+ starting on June 3rd, 2022 this summer. Anyone?

HBO Adaptation Too Loyal to the Games