“You don’t want them hatching in there, okay?” Oh hell no. An early promo trailer has debuted for an indie horror thriller titled Swallowed, the latest from filmmaker Carter Smith. Not to be confused with the other body horror film Swallow, with Haley Bennett, this one is a bit different. The film follows two best friends on their final night together in a small town, with a nightmare of drugs, bugs and horrific intimacy. Oh boy, this sounds gross. “Dripping with blood and pus, Swallowed is queer body horror with all the naked flesh and shocking violations of a classic midnight movie.” I definitely don’t want to know what’s in those drug packets that are actually egg sacs. Eww. Starring Jena Malone, Mark Patton, Cooper Koch, and Jose Colon. The film is premiering at a few genre festivals this summer, hence the teaser before it debuts. Enjoy. 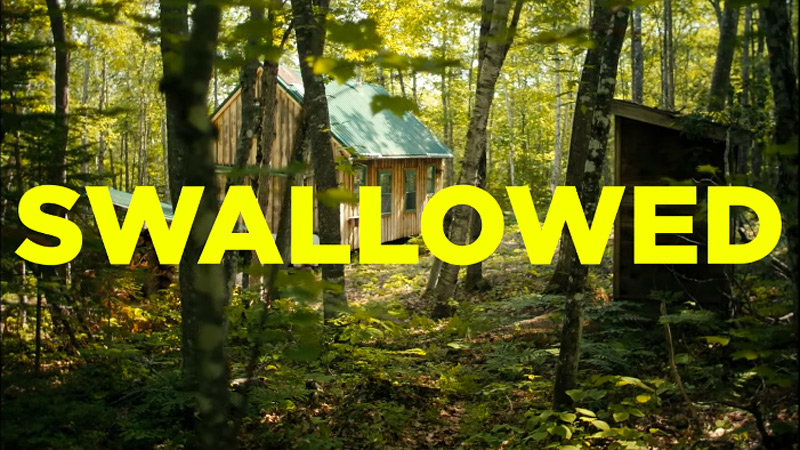 Set in a remote township right on the border between Maine and Canada, it’s a story about friendship and loneliness. About the extremes we are willing to endure to protect the ones we love. The time has come for Benjmain to leave their tiny hometown for a place where he can be himself – and maybe find someone to love him back. We meet them on their last, bittersweet night together. Benjamin’s heading to Los Angeles. He’s just got the lead in ‘Backwoods Boy Bang’ and a blazing bright future in gay porn. Dom’s being left behind. His plan is to send Benjamin off with a pocketful of cash. All he has to do is deliver a package over the border for a friend… Swallowed is both written and directed by American indie filmmaker Carter Smith, director of the films The Ruins and Jamie Marks Is Dead previously, plus a few other shorts. The film is premiering at the Overlook Film Festival this month, then will play at the Fantasia Film Festival in Montreal. No other release dates have been set yet – stay tuned for updates. First impression? Look freaky?

3 Jacket Trends That Are Dominating the High Street

Knock at the Cabin Movie Review