‘The Man From Toronto’ Trailer with Kevin Hart & Woody Harrelson

‘The Man From Toronto’ Trailer with Kevin Hart & Woody Harrelson

“The clients want you both dead.” Netflix has revealed the first official trailer for an action comedy called The Man From Toronto, which was originally a studio production at Sony / Columbia Pictures. They sold it off to Netflix to debut this streaming instead of in theaters nationwide. This is now opening at the end of the month on Netflix. A case of mistaken identity arises after a screw-up sales consultant and the world’s deadliest assassin — known only as “The Man from Toronto” — get mixed up at an Airbnb rental. Starring Kevin Hart and Woody Harrelson as the two that must team up, along with Kaley Cuoco, Jasmine Mathews, Lela Loren, Pierson Fodé as “The Man From Miami” another assassin, Jencarlos Canela, and Ellen Barkin. Doesn’t look entirely original, but it does seem like buddy comedy fun. Harrelson is the strongest performance here, though the humor between him & Hart is what will make this one fly… or not.

Here’s the first trailer (+ poster) for Patrick Hughes’ The Man From Toronto, from Netflix’s YouTube: 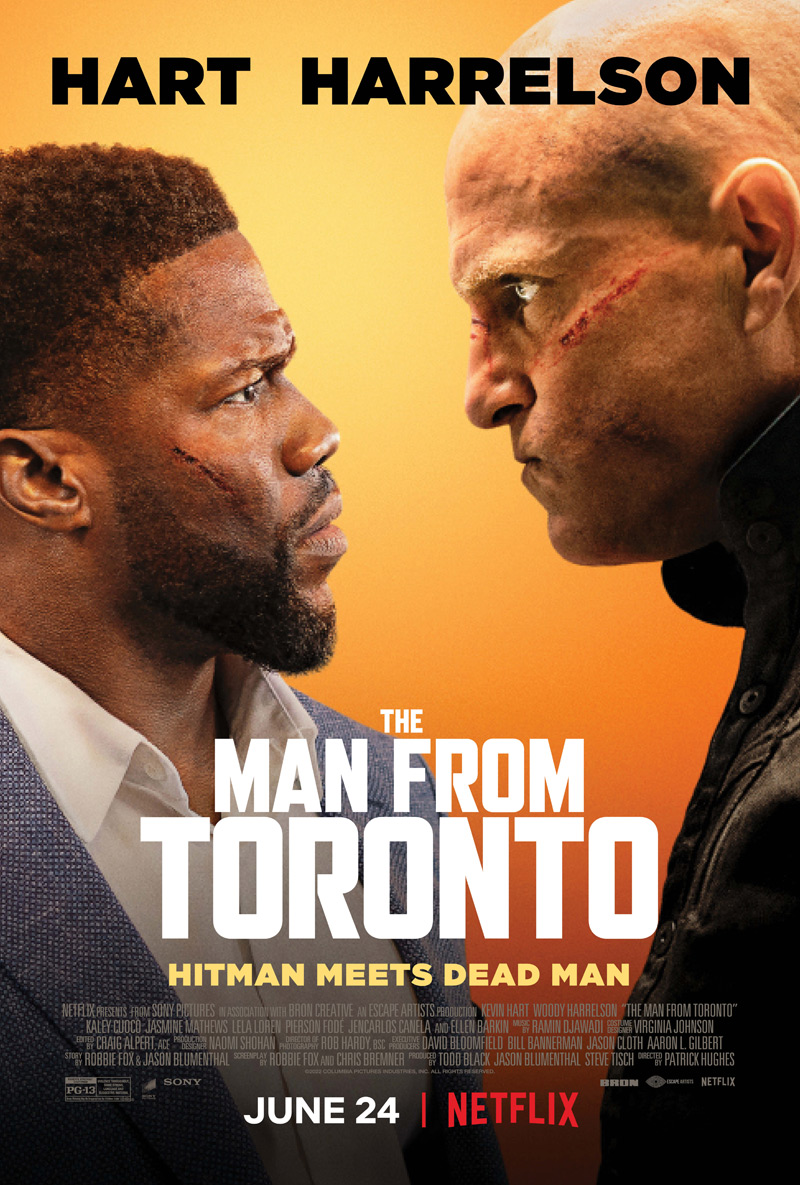 A case of mistaken identity arises after a screw-up sales consultant and the world’s deadliest assassin — known only as The Man from Toronto — run into each other at a holiday rental and are forced to team up. The Man From Toronto is directed by Australian action filmmaker Patrick Hughes, director of the two The Hitman’s Bodyguard and Hitman’s Wife’s Bodyguard films, plus Red Hill and The Expendables 3, as well as a few shorts. The screenplay is written by Robbie Fox and Chris Bremner, from a story by Robbie Fox and Jason Blumenthal. Produced by Todd Black, Jason Blumenthal, Steve Tisch. Netflix will debut Hughes’ The Man From Toronto streaming on Netflix starting June 24th, 2022 this summer. Want to watch this?

13 Celebrities Who Slid Into The DMs Of Another Celeb