“You have to reign him in.” Who’s ready to revisit the pandemic again?! Sky TV has revealed the first look teaser trailer for a new series titled This England, with that title being spoken in a line of dialogue at the end of the trailer. It was originally pitched with the title This Sceptred Isle, but was updated for release this fall. The series follows the events surrounding Prime Minister Boris Johnson and his government in the face of the first wave of the 2020 global pandemic. It’s described as a “truly unique drama that combines Michael Winterbottom’s talent for conveying powerful real-world stories with a stunning performance from Kenneth Branagh.” Branagh stars as Boris, with a cast featuring Ophelia Lovibond as Carrie Symonds, Andrew Buchan as Matt Hancock, plus Tim Goodman, Alec Nicholls, James Corrigan, and Simon Paisley Day as Dominic Cummings. I was expecting this to be more of a spoof series like something from Armando Iannucci, I just hope it pokes fun at the funky UK PM because he’s undeniably a kooky guy. Enjoy. 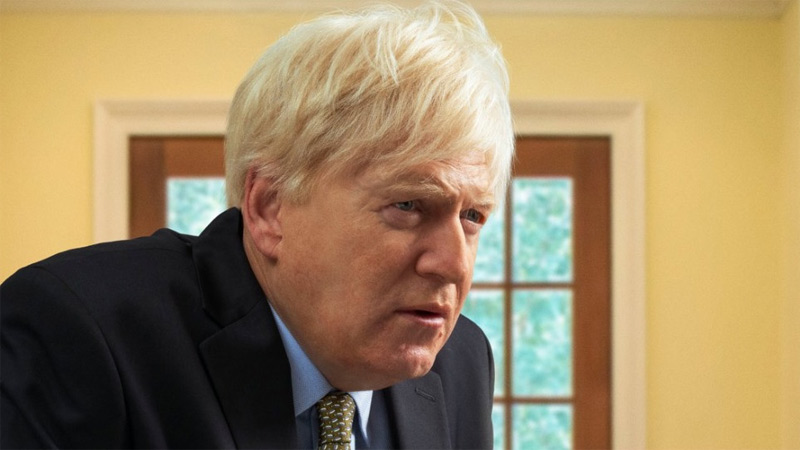 Boris Johnson (played with prosthetics by Kenneth Branagh) becomes Prime Minister and the COVID-19 pandemic in the United Kingdom occurs. Johnson himself is hospitalised with COVID-19, and his son is born. “This dramatic behind the scenes dramatization of how the government, the scientists, the medical community and ordinary people around England faced these extraordinary events will fascinate and compel viewers.” This England, also known as This Sceptred Isle, is a series created by filmmakers Michael Winterbottom and Kieron Quirke. This also co-wrote the screenplays for the episodes. It’s directed by Michael Winterbottom (24 Hour Party People, Tristram Shandy, A Mighty Heart, The Killer Inside Me, The Look of Love, Trishna, The Trip series, The Wedding Guest, Greed) and Julian Jarrold (Kinky Boots, Becoming Jane, Brideshead Revisited, Sulphur & White, “White Teeth”, “The Crown”). Produced by Josh Hyams, Melissa Parmenter, and Anthony Wilcox; executive produced by Richard Brown and Winterbottom. Sky TV will debut This England streaming on Sky Atlantic starting September 21st, 2022 coming soon.

Second Trailer for Psychedelic Thriller ‘All Jacked Up & Full of Worms’

New Tales from the Borderlands Gets 18 Minutes of Gameplay

How to Get Tickets to Michelle Obama’s 2022 Book Tour