“As a surgeon, we don’t arm ourselves during battle.” But of course he must defend himself! Saban Films has revealed an official trailer for a military action film titled Battle for Saipan, based on the true story of the actual “Battle of Saipan” during World War II. The film is set to open later in November, if anyone is curious to watch. The Battle of Saipan was a battle of the Pacific campaign fought on the island of Saipan in the Mariana Islands in 1944. The US had invaded the island in June, taking over to use it as a strategic point in progressing towards Japan. But the Japanese on the island pushed back. The film involves an attack on the American soldiers in early July, following a surgeon who defends a hospital from the Japanese soldiers. The film’s cast includes Casper Van Dien, Jeff Fahey, Louis Mandylor, Jennifer Wenger, Devanny Pinn, Natalia Nikolaeva, Eoin O’Brien, and Josh Riley. The funniest thing about this jingoistic war film is Casper Van Dien, who usually plays the badass tough guy, starring as the sensitive surgeon this time. 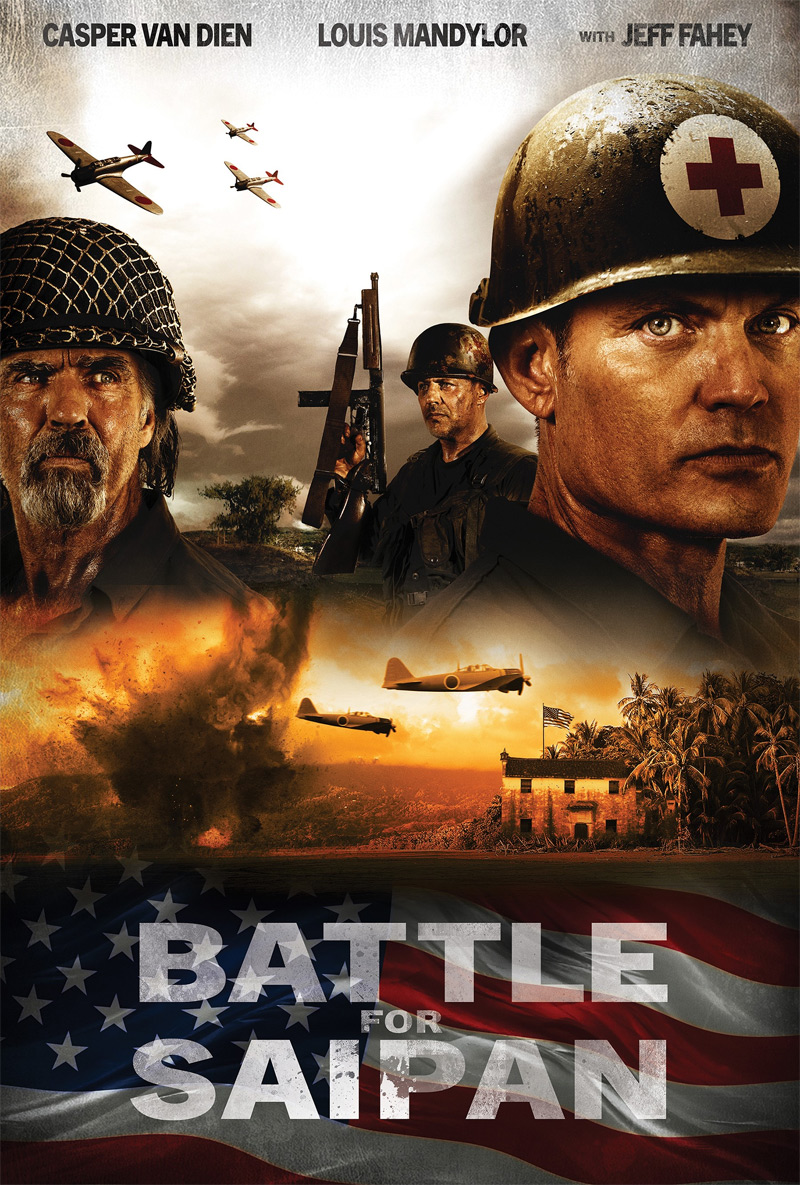 Casper Van Dien (Alita: Battle Angel) and Louis Mandylor (Rambo: Last Blood) star in this edge-of-your-seat World War II epic action thriller. On July 7th 1944, a US Army hospital located on the remote island of Saipan is overrun by Japanese forces during a relentless attack. Outgunned and surrounded by the enemy, a lone medic (Van Dien) puts it all on the line to lead a band of wounded warriors to safety. Battle For Saipan is written and directed by the American B-movie director / actor / musician Brandon Slagle, director of many other genre movies including The Dark Avengers, Subject 87, Area 51 Confidential, The Black Dahlia Haunting, Dead Sea, House of Manson, Escape from Ensenada, Crossbreed, The Dawn, Attack of the Unknown, and Frost previously. Produced by Daemon Hillin. Saban Films will debut Battle For Saipan in select US theaters + on VOD starting November 25th, 2022 this fall. Is anyone interested?

Relive Nikki Bella and Artem Chigvintsev’s Road to the Altar

People Are Revealing The Beloved Celebrities They Actually Can't Stand, And While Some Hurt My Heart, Others Are Spot-On