“If you stick to the program, you time here should be pretty fast & easy.” Saban has revealed the official trailer for American Carnage, an indie thriller made by the Hallivis Brothers. They last made this slick sci-fi indie film about time travel Curvature a few years ago, and this is their latest. Another dystopian tale with some freaky twists. After a governor issues an executive order to arrest the children of undocumented immigrants, the detained youth are offered an opportunity to have their charges dropped by volunteering to provide care to the elderly. Once inside the eldercare facility, they discover there’s more twisted secrets than they could imagine. Of course, no surprise. The film stars Jorge Lendeborg Jr, Jenna Ortega, Allen Maldonado, Bella Ortiz, Jorge Diaz, Yumarie Morales, Catherine McCafferty, with Brett Cullen and Eric Dane. This looks like Get Out remade with a story about undocumented immigrants mashed up with Resident Evil. It still looks terrifying! Wild concept. Though all the humor in here is just a bit awkard. 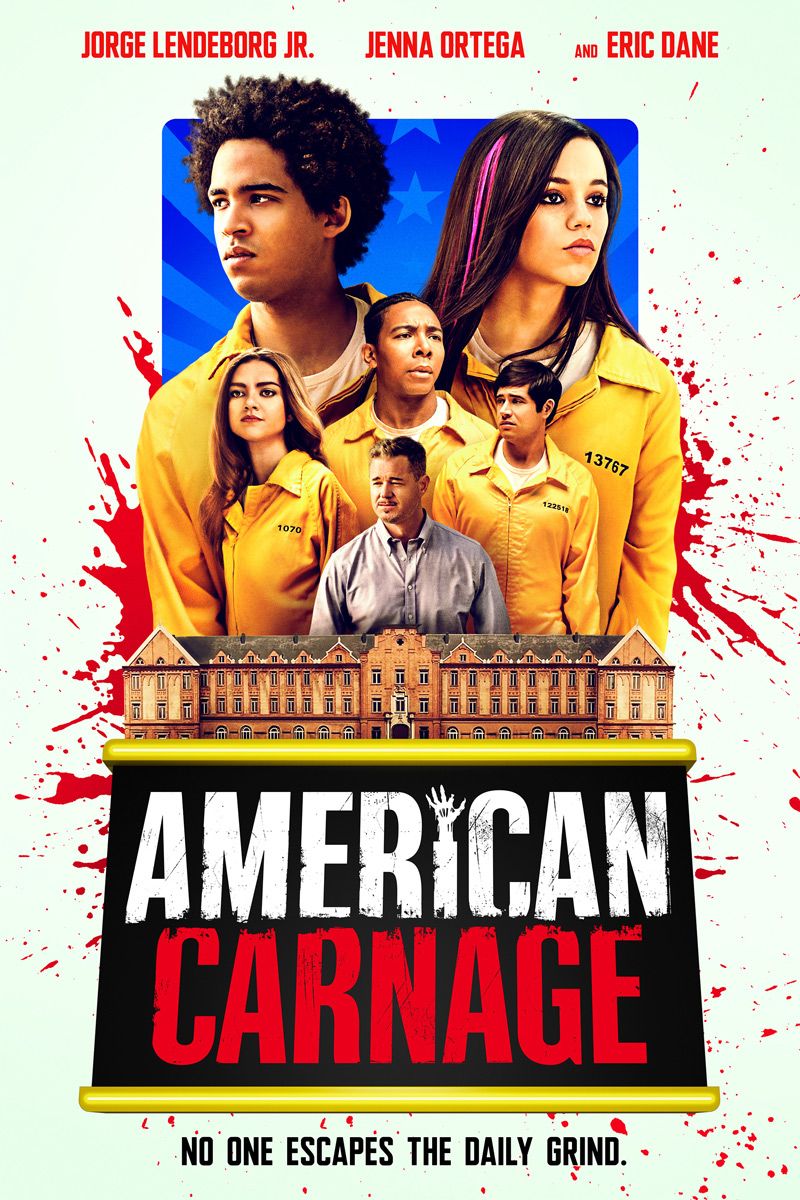 After a governor issues an executive order to arrest the children of undocumented immigrants, the newly detained youth are offered an opportunity to have their charges dropped by volunteering to provide care to the elderly. Once inside the eldercare facility, the volunteers discover the governor and the facility’s supervisor have cooked up a horrifyingly depraved conspiracy that endangers the young and the old in this twisted thriller-comedy. American Carnage is directed by indie filmmaker Diego Hallivis, director of Game Time and Curvature previously, plus a few other shorts. The screenplay is written by The Hallivis Brothers. This hasn’t premiered at any film festivals or elsewhere, as far as we know. Saban Films will open Hallivis’ American Carnage in select US theaters + on VOD starting July 15th, 2022 coming up. Anyone?

Kim Kardashian Texted Pete Davidson First Because She Was “DTF”

Everything To Know About Anna Elisabet Eberstein – Hollywood Life

The Best Fashion Launches of December 2022

How True Is Showtime’s Country Biopic So Far? (POLL)