“Don’t scare him.” Janus Films has revealed a brand new US trailer for the epic, psychedelic, unforgettable adventure of a donkey named EO. Yes, this is THAT “donkey movie” that first premiered at the 2022 Cannes Film Festival earlier this year. It also played at TIFF, and is showing at the New York Film Festival next. The Polish film follows a donkey who encounters on his journeys good and bad people, experiences joy and pain, exploring a vision of modern Europe through his eyes. With his first film in seven years, legendary director Jerzy Skolimowski (Deep End, Moonlighting) directs one of his most free and visually inventive films yet, following the travels of a nomadic grey donkey named EO. It’s like nothing you’ve ever seen!! “EO’s journey speaks to the world around us, an equine hero boldly pointing out societal ills, and serving as warning to the dangers of neglect and inaction, all while on a quest for freedom.” It won a Jury Prize in Cannes, but most importantly it won the hearts of many as the donkey is now a hero of cinema. It is also Poland’s submission to the Academy Awards this year. It’s definitely worth a look – even if you aren’t a big fan of donkeys. Enjoy. 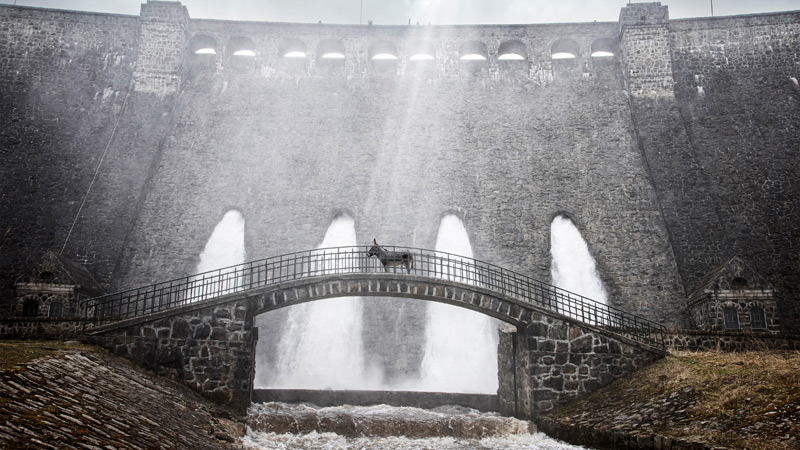 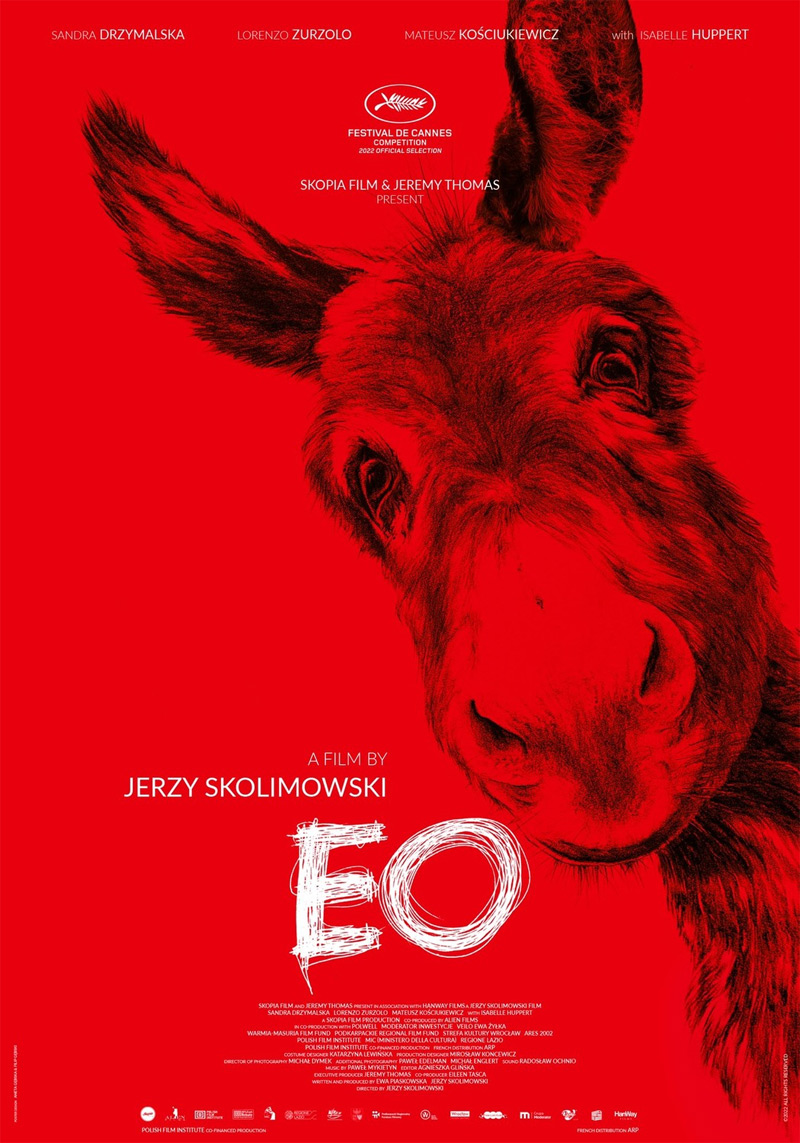 After being removed from the traveling circus, the only life he’s ever known, the donkey EO begins a trek across the Polish and Italian countryside, experiencing cruelty & kindness in equal measure, all the while observing the follies & triumphs of humankind. During his travels, EO is both helped and hindered by a cast of characters that includes a young Italian priest (Lorenzo Zurzolo), a Countess (Isabelle Huppert), and a rowdy Polish soccer team. Loosely inspired by Robert Bresson’s Au hasard Balthazar, and featuring immersive, stunning cinematography by Michal Dymek, with Pawel Mykietyn’s resonant score, the film puts the viewer in the perspective of its four-legged protagonist. EO is directed by award-winning, veteran Polish filmmaker Jerzy Skolimowski, director of many films including The Departure, Deep End, The Adventures of Gerard, Moonlighting, Torrents of Spring, Four Nights with Anna, Essential Killing, and 11 Minutes previously. The screenplay is written by Ewa Piaskowska and Jerzy Skolimowski. This initially premiered at the 2022 Cannes Film Festival in the Main Competition this year, and it’s also playing at the New York Film Festival. Sideshow + Janus Films will release Skolimowski’s EO in select US theaters (NY only) starting November 18th, 2022 – and opening to LA on December 2nd. Visit the film’s official site.