Zombies have feelings, too. Thay may be flesh hungry monsters that want to eat your brains on the outside, but on the inside they have feelings for their long lost loved ones, too… The same long lost loved ones they probably tore apart and ate when they became a zombie, but hey they still miss them! Emotions still matter. I think? A Father’s Day is a zombie short film that originally premiered in 2016 at film festivals, and first debuted online in 2018. Even years later it’s still fantastic and worth a watch. Unexpectedly reunited with his daughter amongst the ruins of the world as they knew it, a father is determined to make this day special, even if they are already dead. Starring Garth Maunders and Hazel Gibson. The father’s performance in this is outstanding, way better than it should be, but that’s part of what makes it so memorable. The zombie make-up is also top notch, and the final shot is damn good. This director should be making features by now. 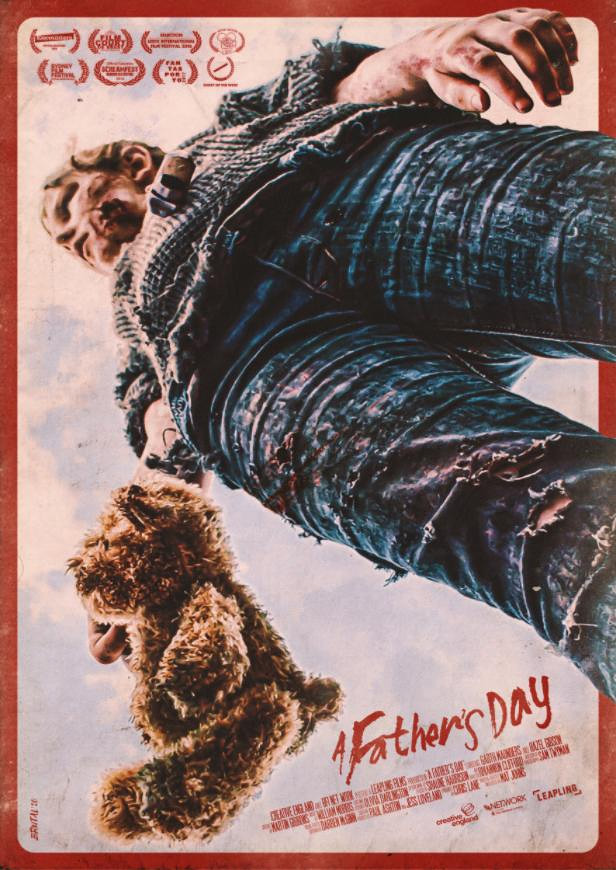 Thanks to Short of the Week for featuring this one. Brief description from YouTube: “Unexpectedly reunited with his daughter amongst the ruins of the world as they knew it, a father is determined to make this day special, even if they are already dead.” A Father’s Day is both written and directed by Manchester-based UK filmmaker Mat Johns – see more of his work on his Vimeo or visit his official website. Produced by Chris Lane. Executive produced by Paul Ashton and Jessica Loveland. With cinematography by Sam Twyman, and music by William Morris. Funded by Creative England and BFI Network. This originally premiered back in 2016 at the Encounters Film Festival in the UK, playing on the fest circuit throughout all of 2017. Winner of Best Zombie Short at the 2016 Atlanta Horror Festival, and Best Short / Best SFX at the 2017 Horrorhound Film Festival. For more info on the film, visit SOTW or Vimeo. To watch more shorts, click here. Thoughts?