Let’s take a trip into the past, to journey into the future. I am a sci-fi geek and I’ve always loved spaceship designs and future technology and imagining what it’s like to be in a time where we can travel to planets (or even galaxies). This video called The Future of The 1920s examines what it was like to imagine the future in the 1920s. It features drawings and designs created by people living in the 20s, just after “The Great War” and before the next one, wondering what the future might be like. Most of it is pulled from an old magazine called “Science And Invention.” They weren’t interested in leaving Earth, more into improving livability. The narrator explains the 1920s “took place in the immediate aftermath of a massive, destructive war, and both [the 50s] carried an optimism for the future. The difference was science fiction was not as mainstream… so it didn’t quite fully develop a unique look.” Just some visual inspiration and vintage sci-fi imagery to peruse. 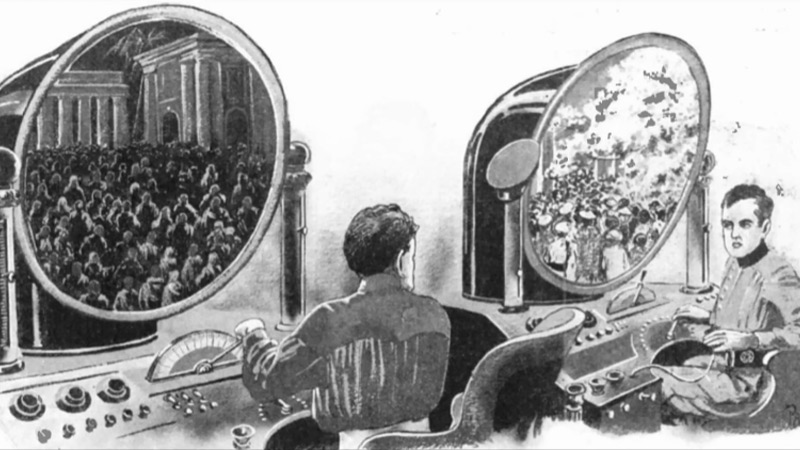 Thanks to Open Culture for the tip on this short. Full description from YouTube: “‘Futurism’ is what people believed the future would be like at a given time. Similarly, ‘retrofuturism‘ is futurism of the past. Most people think of Victorian futurism (steampunk) and 1950s/1960s futurism (atompunk). 1920s futurism sits right in the middle, mostly forgotten. Technically, it’s grouped in with ‘dieselpunk,’ which extends into the WWII period, but I think the aesthetic of the 1920s is a bit different. For example, in the 1920s version of the future, zeppelins and airships are all over the place, though after WWII, zeppelins were a thing of the past.” Of course because of the Hindenburg disaster. This video is edited and created by a YouTube channel called “The1920sChannel“, based in Japan. You can also follow his blog for more history posts and nerdy discoveries at “UnpublishedHistory.” To find even more video essays about cinema, click here. Best design?

Marvel's Avengers Support Ending Soon, All Cosmetics Will Be Free

‘One of Us Is Lying’ Cancelled at Peacock — No Season 3

Prince Harry Will No Longer Have Role In King Charles’ Coronation After Memoir Accusations!