“Over time, you started to forget us all… But you had never forgotten how to knit.” Another very personal short film about growing up. How Small! is an award-winning animated short film made by the filmmaker Charlene Xu, who finished this as her thesis film at NYU. A young woman reminisces about her deceased grandmother. It won a few awards and played at festivals last year and this year before its online debut. She adds more: “It is a 7min semi-autobiographical short about the relationship between me and my deceased grandmother, whose volatile personality troubled and confused me as a child.” Featuring a lovely voiceover by Xu, along with music composed by Haibei Wang. Xu is clearly a talented animator and her style is so soft and tender, yet imbued with emotion and her characters filled with life despite being delicate. Watch below. 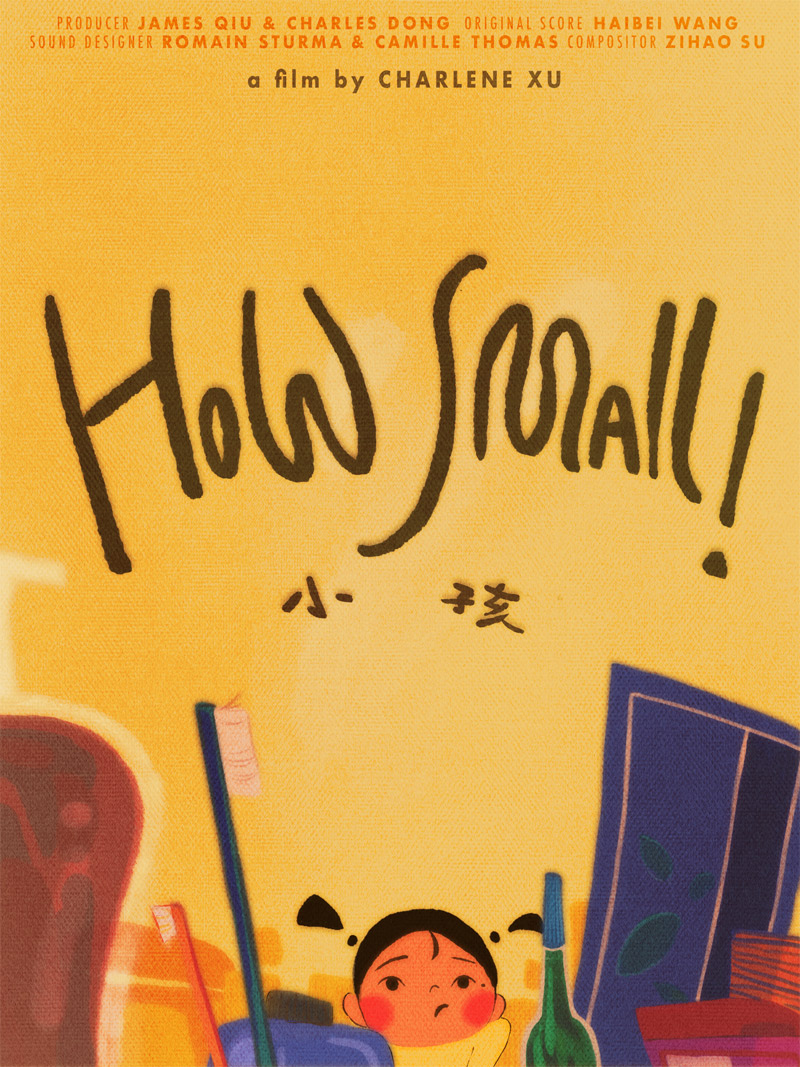 Thanks to Vimeo Staff Picks for the tip on this short. Brief synopsis via Vimeo: “A young woman reminisces about her deceased grandmother, whose volatile personality troubled and confused her as a child…” How Small! is written, directed, and animated by Los Angeles-based filmmaker Charlene Xu – you can see more of her work on her Vimeo or visit her official website or follow her on IG @charlene_xxu. It’s produced by James Qiu and Charles Dong. Featuring music composed by Haibei Wang, with Braulio Lin as the guitarist. This first premiered last year at the 2021 Los Angeles Animation Festival (where it won Best Student 2D Animation) and was also selected by the National Board of Review. Originally created as her thesis film for NYU. For more info on the short, visit Xu’s website. To discover more short films, click here. Your thoughts?

Timothée Chalamet chows down in the first Bones and All trailer