Run!! This sci-fi short film was first released earlier this year, but we’re catching up with it now thanks to the YouTube channel DUST featuring it this week. Hell Creek is a 6-minute action thriller short film made by Danny Donahue. He stars in, writes, and directs, and even learned 3D animation to create this short entirely in his own spare time. Awesome!! He explains: “I made it because dinosaurs were what inspired me to get into filmmaking in the first place. I’ve been creating short horror films for years, but I decided it was time to try something a little different.” One of the filming locations was actually used in the first Jurassic Park film (the raptor dig site scene) which he says, “felt like a good omen, given the subject matter.” It’s always exciting to see how much a filmmaker can pull off when fueled by passion and determination. Even if the CG is a bit rough around the edges, this is a kick ass little short that’s well worth a watch. Jump right in. 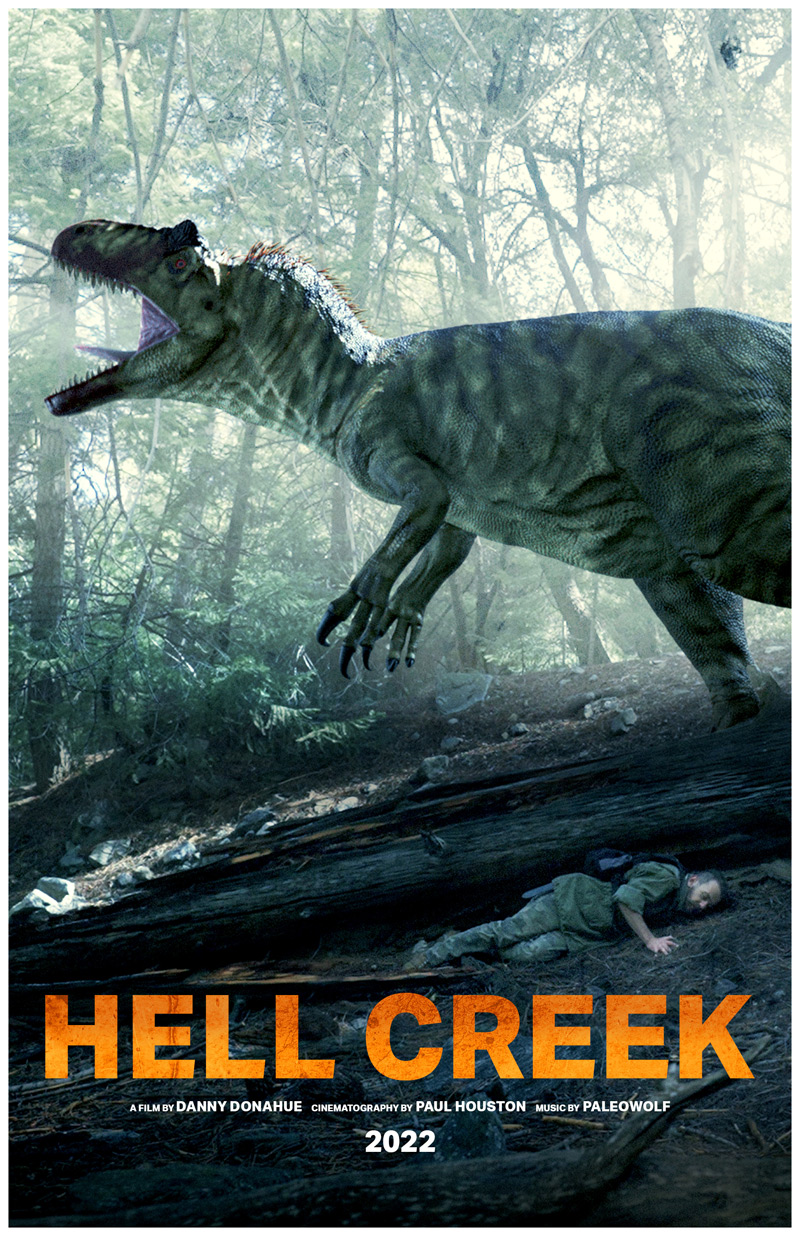 Thanks to Twitter for the tip on this one. Very short synopsis from YouTube: “A time traveler is hunted by a dinosaur…” Hell Creek is both written and directed by Los Angeles-based filmmaker Danny Donahue – you can see more of his work on Vimeo or visit his official website or follow him on IG @dannyfdonahue. With VFX work entirely by Danny on his own. Featuring cinematography by Paul Houston, and music by Paleowolf. To make this, Danny installed Blender and learned 3D in his own time. “We filmed the short in 2 days with a 2 person crew… After filming, I spent many months on my computer, animating, compositing, mixing, coloring, and doing everything else that had to be done to finish the film.” Impressive… He ends with: “Dinosaurs started my obsession with movies when I was a little kid, and this project feels like coming full circle 30-some years later.” For more on the film, visit his YouTube. To discover more shorts, click here.

Irate Fest Apparently Canceled After Dozens of Bands Pull Out

Irate Fest Apparently Canceled After Dozens of Bands Pull Out

Enola Holmes Is Back In Sequel First Look Images