Don’t stop running! This film is one of these super tense thrillers where you hold your breath the entire time until it’s over. The Tunnel is a remarkable short made by an Iranian filmmaker named Arash Ashtiani based in the UK. Presented by BFI Network and Lush. This is based on true stories. Three refugees run the race of their lives through the Euro Tunnel, trying to beat the trains and overcome their terror in a bid to reach freedom and start new lives in the UK. An interview explains that the The Tunnel “drops us into the tense third act of a larger story Ashtiani is developing with co-writer Daniel Metz.” Starring Mohammad Amiri, Ramin Farahani, and George Georgiou. This was not shot on location – it is a set built inside of a studio, and many of the trains are miniatures. Which is even more incredible because it’s all so believable. 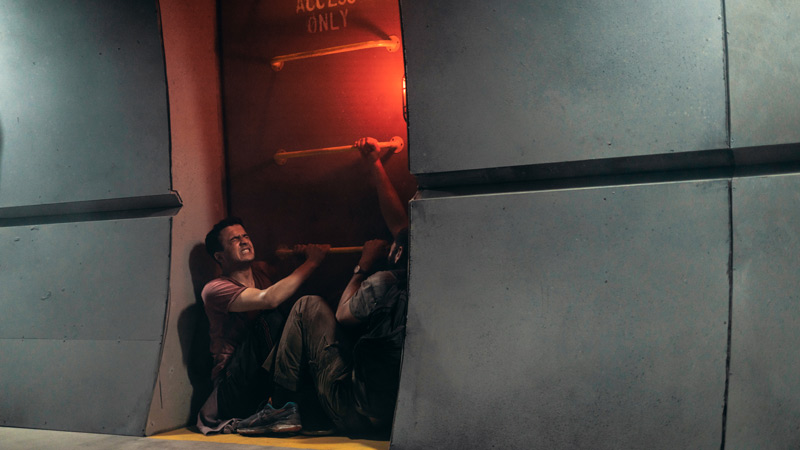 Thanks to Vimeo Staff Picks for the tip on this one. Synopsis from Vimeo: “Three refugees run the race of their lives from Calais to Dover through the Euro Tunnel, trying to beat the trains and overcome their terror in a bid to reach freedom and start new lives in the UK. Based on true accounts.” The Tunnel is directed by BAFTA-nominated Iranian filmmaker Arash Ashtiani, who is a graduate of the London Film School. You can find out more about him in this interview. The film is co-written by Arash Ashtiani and Daniel Metz. Produced by Anna Griffin and Anna Seifert-Speck. Featuring cinematography by Nick Morris, and music by CJ Mirra. This first premiered at the 2021 Aesthetica Short Film Festival, and played at a few other festivals. For more info on the short and how they made it, visit Vimeo. To watch more shorts, click here. Thoughts?

Khloé Got What She Wanted! Kim Kardashian Announces ‘Vagina Area’ Of SKIMS Bodysuits Will Be Widened To Be More Inclusive

When You First Think Of These 15 Actors, Do You Instantly Think Of Their Comedic Or Serious Roles?

At Sheffield Doc/Fest, filmmakers reflect on the war in Ukraine

Shudder Heats up August with a Romero/King Celebration and More!