“I need to end it, on my terms, for my family… For honor.” With the 2022 San Diego Comic-Con kicking off this week, it’s the perfect time to feature this fan film. TMNT: The Last Ronin is a 4 minute fan film made by a Swedish YouTube creator named Magnus Edlund. It’s a Teenage Mutant Ninja Turtles tribute project, inspired by and based on the comic book series of the same name. Magnus and he friends decided to bring to life one of the scenes in the comic. It’s about a lone surviving Turtle who sets out on a mission of justice for his family and friends. It’s a very dark, and not kid friendly short film that has a vibe closer to War for the Planet of the Apes or The Batman, more than any other official TMNT series or movie. Featuring the voice of Andrej Kotevski Lindwall as “The Last Ronin.” As many commenters have stated, this needs to be turned into a full feature because I would watch the hell out of it. I really dig the darker Turtles vibe here. 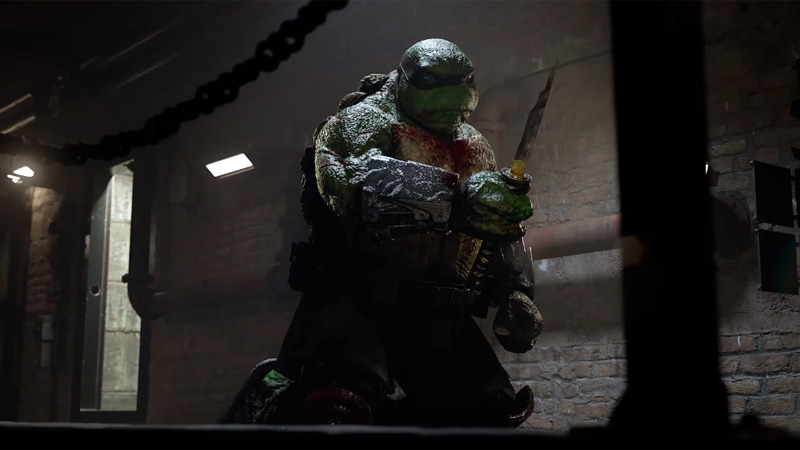 Thanks to our friends at GeekTyrant for the tip on this one. Full description via YouTube: “The Last Ronin is set in a future New York City where a lone surviving Turtle sets out on a seemingly hopeless mission to obtain justice for his dead family and friends. It’s a comic book series written by the original creators of the TMNT, Kevin Eastman and Peter Laird, who are joined by writer Tom Waltz. I have been working a few months now, making one scene of that comic book series into an animation.” TMNT: The Last Ronin is a fan film written and directed by Magnus Edlund – a Swedish YouTube creator of the channel “speedokaggen“. You can also follow him on IG @speedokaggen. Featuring music by Jacob A. Cadmus. With homemade VFX. Magnus: “I’m making this for the amazing Teenage Mutant Ninja Turtles community and because I love the Turtles!” For more info on the project, head to YouTube. To watch more shorts, click here. Your thoughts?

Venice 2022: Joel Edgerton is a Great Gardener in ‘Master Gardener’