Even as a film critic, i. e., someone who encounters the big screen more often than the average moviegoer, it’s rare to watch two distinguishable flicks consecutively and discover they have almost exactly the same pros and cons. Don’t Worry Darling and Crimes of the Future may share similar horror elements, but hardly anyone would remember to directly compare the films of “newcomer” director Olivia Wilde and “legend” filmmaker David Cronenberg. However, seeing these two movies back-to-back within less than 24 hours and without any other content in between only emphasized the importance of all the filmmaking components being in sync, and how much they can influence the general opinion of those who watch them.

Let’s begin with positive aspects in common within these films, primarily technical. Don’t Worry Darling and Crimes of the Future possess an unique visual style that involves the viewers in a strange, distinct world from what we view as our reality. Wilde’s work is almost entirely filmed in daylight and is surrounded by vivid, intense, joyful colors to represent the idyllic environment where the characters live, whether through clothes, cars, houses, parties, or even the climate itself. On the other hand, Cronenberg focuses on a dark, mysterious, nocturnal future, where the creative team’s superb imagination creates a visually fascinating world through inventive set design and surprising – and quite disturbing – practical effects.

Focusing on the world-building alone, several technical filmmaking elements essential for each project’s immersive atmosphere are clearly evident, but with completely opposite characteristics. Both Don’t Worry Darling and Crimes of the Future offer an overall aesthetic that stands out for different reasons, dividing viewers who prefer one environment’s tone over the other. Personally, I consider Cronenberg’s complex, vast world-building in cinema to be a technical achievement many levels above not only Wilde’s film but that of many other filmmakers. While the opening few minutes are enough to understand the “rules” of Wilde’s movie, the same cannot be said about Cronenberg’s extremely detailed, often shocking future.

Stunning cinematography by Matthew Libatique (in DWD) and Douglas Koch (in Crimes) is another vital aspect in order to grab the audience’s attention. Both use close-ups to captivate the viewer: on one side, the focus on Florence Pugh causes uncertainty, insecurity, and even claustrophobic imprisonment, not to mention some wide shots to depict the beauty of the exteriors; on the other hand, the spotlight turns to Cronenberg’s famously bizarre “body horror”, with the camera hovering right over the most disgusting, nauseating gore and slice ‘n dice moments. Along with all of the tense scenes of dialogue loaded with sexual chemistry between Viggo Mortensen, Léa Seydoux and Kristen Stewart. 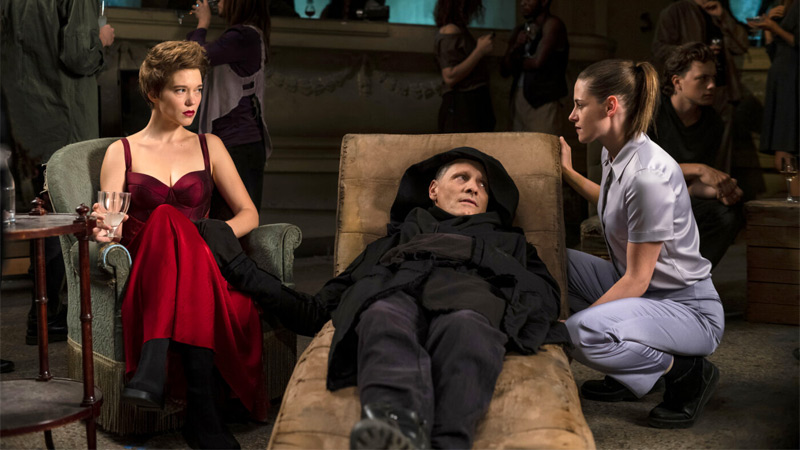 Once again, Crimes of the Future impresses more, mainly because of what the camera shows us. In that sense, Don’t Worry Darling needs Libatique more than Crimes needs Koch, with many outstanding shots earning a place in our memory precisely due to the versatile cinematography of the former, which has to do more with less – visual elements are realistic and simplistic, unlikely to amaze viewers. The scores by John Powell (in DWD) and Howard Shore (in Crimes) also contribute their part, but interestingly enough, neither stands out particularly, despite matching perfectly with the atmosphere created by the filmmakers.

Finally, the performances from the two casts are also important. Obviously, any film benefits tremendously when the actors embody their roles just like the filmmakers intended. Despite the external drama linked to Don’t Worry Darling, the truth is that everyone delivers excellent displays, as does the cast of Crimes of the Future. Nevertheless, Pugh outshines the competition, delivering one of the best performances of the entire year. Without this actress in this role, Wilde’s movie would struggle to be compelling enough for most viewers, unlike Cronenberg’s work which has an inherent (visual) shock value connected to the story. It wouldn’t be unexpected to see Pugh’s name splashed across the various award ceremonies in a few months.

However, this brings us to the pillars of any cinematographic work: story and characters. The main goal of both films is undoubtedly bonded to the successful transmission of their messages, the core of what they are, and both fail not in their clarity but in the exploration – or lack thereo – of the authors’ ideas. Don’t Worry Darling takes the concept of “freedom” and invents figurative and literal versions of “prisons” to appeal to the public “to be free” from everything that prevents us from being ourselves and living the life we really desire: be it abusive partners, past traumas, an exhausting job we don’t like or outdated prejudices. 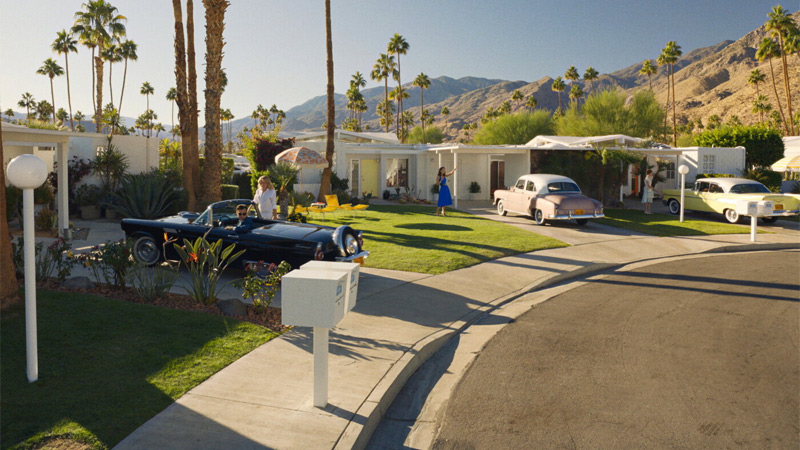 Crimes of the Future has countless narrative layers, so it addresses a multitude of themes through its futuristic premise, with human evolution taking the reins of the main plot. In a world where the human body has adapted to no longer feel physical pain or be affected by infections and diseases, Cronenberg plays with the concept of “acceptance“: be it of ourselves, those around us, or the planet itself and its nature. Following the ideology of “accepting and embracing the inevitable changes of life” isn’t something simple. From climate change to hormonal transformations, society continuously reaches points where it must adapt and evolve with each generation for individual and collective reasons.

The themes and messages are transparent and precise in both movies, but both Wilde and Cronenberg only scratch their surface, leaving numerous interesting questions unanswered and dozens of intriguing paths unfollowed and undeveloped. As this site’s own editor Alex Billington brilliantly points out in his review of Don’t Worry Darling, the entire story of this film arrives at the same point as just the first act of The Matrix, with the latter then continuing to study its ideas for another hour and a half. Furthermore, Katie Silberman’s screenplay is extremely predictable from the first few minutes, leading right to a somewhat disappointing and obvious conclusion, although the real problem lies in the redundancy of the second act.

With Crimes of the Future, the ending is also abrupt, leaving many knots left untied. Being far from the predictability of Don’t Worry Darling and holding a higher level of ambiguity, Cronenberg still makes the same redundancy mistake by moving around the same points without advancing the diverse storylines and character arcs that were set up over the runtime. The visual dependence of the most impactful moments is much greater in this film since, without them, the audience would easily get lost in the midst of so many side stories that don’t reach convincing climaxes either.

Personally, I believe that cinematic narratives with multiple plot points and questions related to the world itself are too often confused and envisioned as character studies driven by a single protagonist. Both Wilde and Cronenberg complete their movies when the main character fulfills the minimum requirements of their arc, consequently renouncing all other equally significant issues worthy of in-depth exploration. In the case of Don’t Worry Darling, one finishes it with an underwhelming feeling from an unsurprising conclusion, while in Crimes of the Future, viewers are left with several questions and interesting, half-developed paths about such a mesmerizing futuristic world. Neither film explores its own world-building satisfactorily.

I believe my personal preference for Cronenberg’s Crimes of the Future is perceptible from this article, but I don’t want my words to be misleading: I enjoyed both of these films.

Weather in Iceland Is No Match For This Fashion Editor

The Almond and the Seahorse Trailer (2022)