‘Only Murders in the Building’ Season 3 Cast News Date Spoilers

Every Tuesday night, it seems as if everyone winds down and perches on their couch to tune into Hulu’s Emmy- and Golden Globe-nominated comedy series, Only Murders in the Building. (All it takes is one to get you hooked!)

Now in its second season, OMitB dives into the shocking death of Arconia Board President Bunny Folger, with Charles (Steve Martin), Oliver (Martin Short), and Mabel (Selena Gomez) racing to unmask her killer, but not without complications. As the trio is publicly implicated in Bunny’s death, they are now the subjects of a competing podcast from Cinda Canning (Tina Fey), and they have to deal with a bunch of nosy New York neighbors who all think they committed Bunny’s murder. To clear their names, they must find out who the real killer is, but that’s proving to be harder than they thought.

OMitB is undoubtedly a network favorite, with Craig Erwich, President of Hulu Originals, saying in a statement, “Only Murders in the Building is the true crown jewel of our slate. … We are grateful to be able to continue telling the stories of Charles, Oliver, and Mabel to viewers that have consistently shown us they crave more of this story.”

Given the show’s popularity, it comes as no surprise that OMitB was renewed for a third season back on July 11, just after season 2 premiered. So without further ado, let’s unravel the mystery that is season 3 of Only Murders in the Building.

When will season 3 come out?

With season 2 still airing weekly on Tuesday nights and filming of season 3 not yet started, it’s safe to say that the audience will have to wait a while before Only Murders makes its anticipated return. But we can look at past seasons for reference: Season 2, which arrived on June 28, had quite a quick turnaround, premiering eight months after season 1 debuted in August 2021. Will season 3 come just as fast?

Who will be in the cast?

Reprising their roles as the ever-iconic trio, Steve Martin, Martin Short, and Selena Gomez will likely return to our screens as Charles, Oliver, and Mabel for the third season.

Along with them, maybe there’s a chance we’ll see more of Da’Vine Joy Randolph as Detective Williams, Ryan Broussard as Will Putnam, Zoe Colletti as Lucy, Tina Fey as Cinda Canning, Michael Cyril Creighton as Howard, Nathan Lane as Teddy Dimas, and James Caverly as Theo Dimas. We look forward to seeing new faces in the Arconia too. 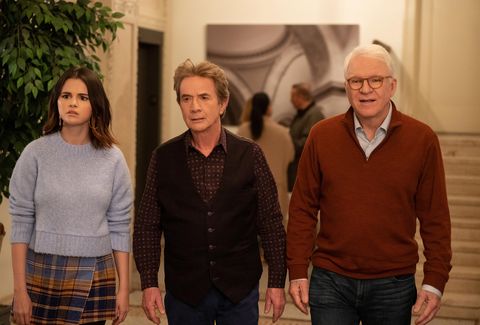 Will there be more than three seasons?

While Only Murders hasn’t been renewed for a fourth season yet, there is a strong likelihood it will be if it continues with its high viewership and critical acclaim. Showrunner John Hoffman has not commented on the longevity of the show, but has mentioned how season 2 could be pivotal for the series’ future, telling ELLE.com, “I think there’s something in there that might help us expand the show, maybe beyond the building, in future seasons.”

Where can I watch seasons 1 and 2 of Only Murders?

The hit comedy-mystery is available to stream on Hulu. New episodes of season 2 are currently being released every Tuesday, with the awaited season 2 finale coming out on Aug. 23.

Hold onto your statement coats as we get ready to (hopefully) follow this fabulous trio on another adventure! 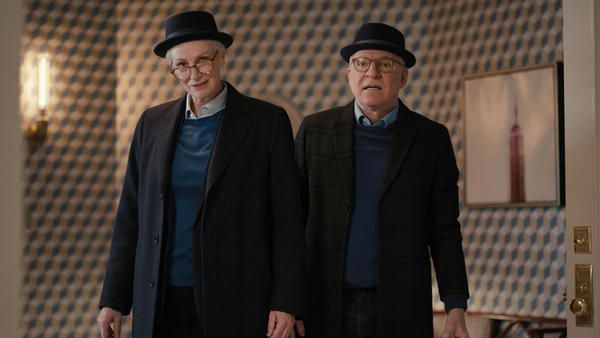 Only Murders in the Building

Toulmin Jahncke is a digital editorial intern at ELLE.com. She is currently studying literature and playwriting at Bennington College. When she’s not writing, she enjoys reading, baking, vintage shopping, and rewatching episodes of Fleabag. After bingeing The Queen’s Gambit, she started learning Russian, because, why not?

Watch an Exclusive Clip from WHEN I CONSUME YOU

Young Thug Sued Over Concert Cancelled Because of His Arrest – Billboard

10 Marvel And DC Costars And Crew Who Fell In Love On Set, And 5 Who Worked Together After Breaking Up