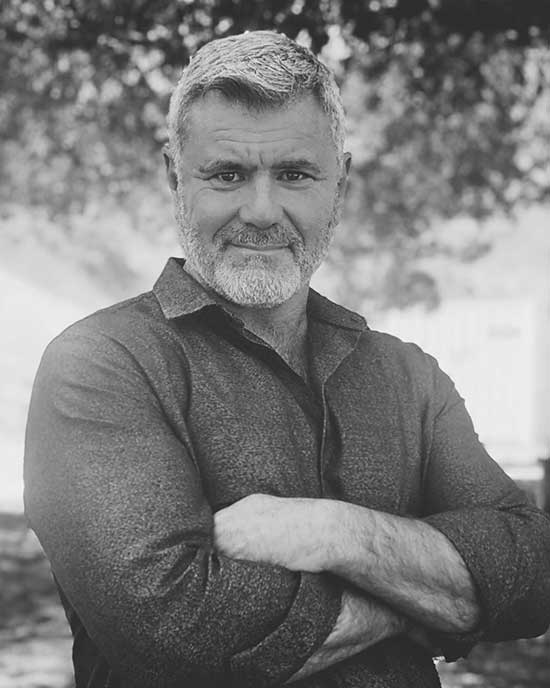 I would like to submit Creature, Make Up and Practical Effects master Alec Gillis for your interview and other editorial coverage. (Alec, as Co-Creative Director of StudioADI (his previous company) was required to reimagine the classic Predator for Dan Trachtenberg’s PREY and created a pack of vicious werewolves for Steven Miller’s YEAR TWO).

Gillis is well-known by genre fans and the entertainment industry power-brokers as half of the Academy-award winning company Amalgamated Dynamics, Inc/StudioADI, which he co-founded in 1988, after working with Roger Corman, James Cameron and Gale Anne Hurd, and Makeup Effects luminaries such as Tom Savini and Greg Cannom, and finally the legendary Stan Winston.

As Co-Founder of the Academy Award winning Character Effects powerhouse Amalgamated Dynamics, Inc., Alec Gillis has co-created some of the most iconic Creature Characters of the last 3 decades. Today, Gillis announced the launch of his new solo company, Studio Gillis, which will continue to create the innovative Creature, Make Up and Practical Effects for which he is renowned.

Now Studio Gillis affords him the opportunity to take his art further by providing hyper realistic animatronics, makeups and miniatures and exploring new relationships with artists and filmmakers and solidifying existing ones. Studio Gillis will continue the tradition of Practical Character Effects and Design with an emphasis on a ‘production friendly’ approach from a PFX Studio that offers Gillis’s deep experience in Effects filmmaking.

“I’m fortunate to have been part of some of the most iconic genre films of the last four decades, largely through my work as Co-founder of ADI. My new company, Studio Gillis, will build on that success and through innovation will continue to create Practical Makeup and Animatronic characters for all mediums. Studio Gillis will be a hub of artists practicing traditional and cutting edge techniques. We will cater to established and new film makers as well as studios and independents alike,” said Gillis.

Studio Gillis’s upcoming projects have not yet been announced. Gillis’s last two feature films as Co-Creative Director of StudioADI required reimagining the classic Predator for Dan Trachtenberg’s PREY and creating a pack of vicious werewolves for Steven Miller’s YEAR TWO.

At age 20 Gillis began working for Roger Corman on a film called BATTLE BEYOND THE STARS, along with James Cameron and Gale Anne Hurd. It was not long before Alec dropped out of UCLA Film School in favor of the education Corman offered. After working for various Makeup Effects luminaries such as Tom Savini and Greg Cannom, Gillis was recommended by James Cameron to Stan Winston, where Gillis worked on effects for classic films such as ALIENSandPREDATOR. In 1988 he co-founded Amalgamated Dynamics, Inc. (ADI) with Tom Woodruff, Jr. TREMORS was the company’s first feature, and the film’s giant subterranean worms gained Gillis notoriety.

The duo’s work garnered Oscar nominations for STARSHIP TROOPERS, ALIEN 3 and won for DEATH BECOMES HER. Gillis has won numerous other awards including BAFTAs and SATURNs. More recently Gillis’ work has been seen in BRIGHT and IT 1 & 2, and currently the Disney/Fox Predator feature PREY, directed by Dan Trachtenberg. During his 3 decades with ADI, Gillis has also written numerous screenplays, written three books and produced/directed a feature film, HARBINGER DOWN.

‘Never Have I Ever’ Season 4 Release Date, News, Cast, and Trailer

'Never Have I Ever' Season 4 Release Date, News, Cast, and Trailer

First Look Trailer for 'The Cowboy & The Samurai' with Jamie Costa

The COS Atelier Collection Is Here–These Are Our Highlights