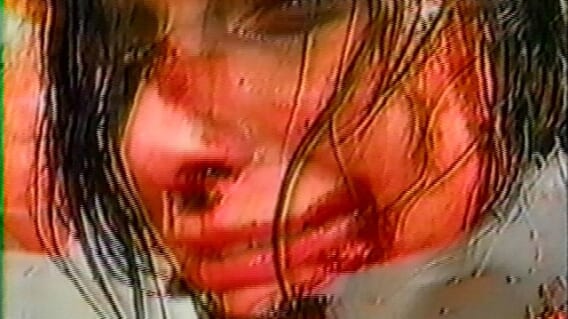 Heralded as the most disturbing, intense, and extreme series in horror fandom, Unearthed Films will be presenting the August Underground Trilogy in fresh, new Blu-Ray releases. The releases will include behind-the-scenes, new commentaries, new video interviews, rare commentaries, and older interviews.

“It’s been too long and the fans are ravenous for the trilogy. A whole new generation of Sickos are ready to experience August Underground. I’m stoked that TOETAG and Unearthed Films will be working together on these upcoming releases to give the fans what they want. I look forward to Spreading the Sickness with Unearthed Films… Get ready.”

Watch the nasty new trailer for the upcoming release:

“We will be digging through the depths of their depravity and working with everyone involved that helped make The August Underground Trilogy become the most vicious series in the entire horror genre.

With copies of previous releases going for hundreds of dollars, we hope these releases bring a whole new audience to the Trilogy and allow them to be available through nationwide retailers for 1st time, ever. I personally know the creators and it will be a pleasure to work with them. We’re planning behind the scenes so who knows what the future may hold.”

Imagine walking down the street and finding an unmarked VHS tape. Curiosity peaked, you take it home and pop it in. What starts off as two men screwing around with a video camera quickly transforms into an ultra-realistic torture sequence where the unidentified psychopaths tape their exploits as they torment and violate a woman tied to a chair. The sodomy of your morals continues throughout the entirety of the footage, while subtly revealing the killer’s shattered pasts via the interactions with the victims and each other. The most shockingly realistic portrait of a serial killer’s existence is Fred Vogel’s August Underground.

The sequel to the cult classic August Underground is a character study in the sick, an amoral putrid masturbatory fantasy. The found footage contained in August Underground’s MORDUM documents extreme deviant sexuality, torture, and murder while unfolding a classic tale of a man and woman in love. However, the woman cannot give up her other lover, who also happens to be her younger brother. Exploiting the trio of killers and their deviant ways with issues such as child abuse, incest, rape, and their effects on the human psyche, August Underground’s MORDUM will vomit all over you and leave you for dead!

Has someone ever handed you a movie, not telling you one thing about it, only telling you to watch it? What if that tape was the personal home video of two sociopaths on a killing spree? This is their home movie, for their eyes only. This is August Underground’s PENANCE. The third and final film in the AU franchise was Directed By Fred Vogel and Starring Cristie “Crusty” Whiles. August Underground’s PENANCE shows the dark decline of the two nameless killers from the previous films as they continue to videotape their madness on their path to destruction.

4 Key Moments From ‘Are You Going to Gaslight Me?’ (RECAP)

What Serena Williams Taught Us About Taking Up Space