Not even a pretty voice can save you. 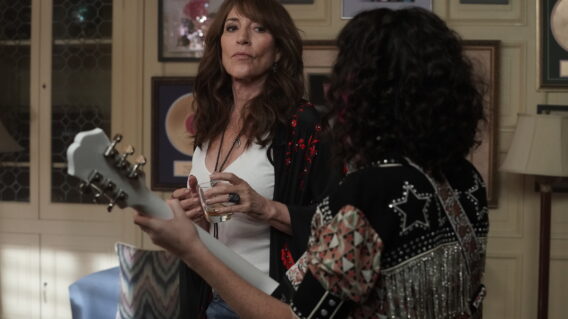 Brea Grant is an incredible horror tour de force. From acting to producing to directing, Grant has done just about every job in front of and behind the camera. In just the last few years she’s written and starred in films like Lucky and directed films such as 12-Hour Shift. Now, she’s back with her next feature film, Torn Hearts, which takes the world of country music into the realm of horror.

Check out the film’s full synopsis:

Blumhouse Television and EPIX present the cautionary tale of a rise to stardom set in the iconic Nashville Country Music scene. Two friends, rising artists on the brink of a big break, will do just about anything to realize their dream – including a pilgrimage to the legendary and reclusive Harper Dutch’s mansion in the hopes she’ll record a song with them. While their life-long idol seems intent to help, the visit devolves into a twisted series of mental and physical torment as the pair discover Harper—and each other—may have other motives. With no other choice and desperate to record a song, the duo must go to dangerous lengths to prove their dedication to their dream of becoming Nashville’s next country music stars.

Films about country music, such as Walk The Line and Crazy Heart, are often tales about aging musicians or romances about country stars trying to find their fame. But with Torn Hearts, those expectations are flipped on their head. This isn’t a sweet story about melting the heart of an aged star. It’s much more cruel than that.

Torn Hearts comes to digital on May 20.