Any Creepypasta fans out there? 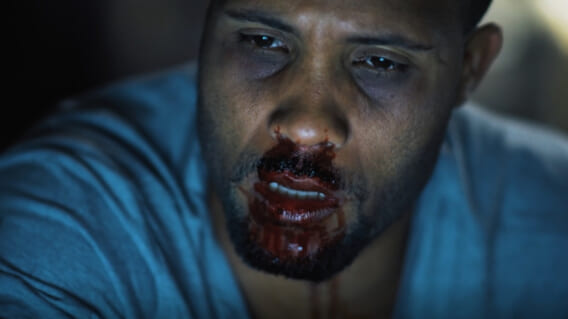 The Creepypasta genre is a product of Social Media culture. In their earliest years,  these viral horror stories originated in hangouts like Reddit and 4chan… but they’ve since come out of the shadows. Today, thousands of authors and hundreds of websites, podcasts and streaming video channels now share these stories, which create an immersive experience for the audience, inviting them to become a part of the Creepypasta mythos themselves.

CREEPYPASTA approaches the subject in a way never before depicted onscreen. It captures the intimate chills you feel when you read one of these stories for the first time… alone, in a darkened room. Much like their namesake tales, these short films blur lines between reality and fiction, story and audience, suggesting the act of reading, watching, hearing, and sharing these tales makes the audience part of the equation.

CREEPYPASTA began as a “user-level” experience, similar to the discovery of viral videos on the web. The arrival of COVID-19 forced creative people around the world to find new ways to share their art while isolated in their homes. Creepypasta creators have risen to meet the same challenge. Many of these talented individuals and teams have joined forces with Dark Elegy Films, Vestra Pictures, Würkart Entertainment, LookBook, and Midnight Hour to bring ten original stories to life.

Each chapter of CREEPYPASTA is based on an original concept. Instead of revisiting the all-too-familiar legends of Slenderman, Jeff the Killer, Candle Cove, and so on, we’ve crafted entirely new mythologies in the same spirit.

Award-winning authors and filmmakers from around the world have lent their talents to this omnibus. They include Paul Stamper (Never Forgetful), Vincent Vena Cava (author of The Creepypasta Collection Vols. 1&2) Berkley Brady (Dark Nature), Tony Morales (Abracitos), Carlos Cobos Aroca (Parallelism), Daniel  Garcia (director of music videos for TV On the Radio and LCD Soundsystem),  Buz Wallick (Need Anything), Carlos Omar De Leon (Dearly Departed), and Mikel Cravatta (For the One Who Left).

CREEPYPASTA is currently in post-production; the advance teaser was produced by Garo Setian through his company Hungry Monster Entertainment and edited by his son Hunter Setian.

These Are the Best Zombie Movies on Netflix

Worried About Her Developing Lupus, Selena Gomez Cries Out In Pain