Stephen King is in the mood for a little revenge. 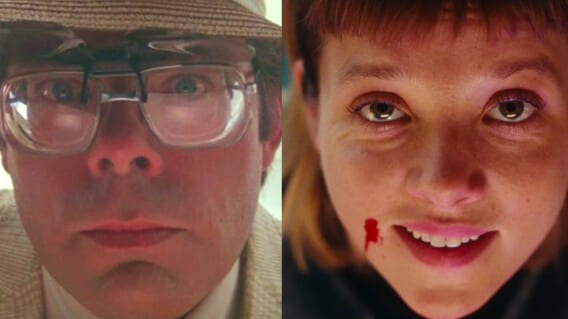 Stephen King recently took to Twitter to share his latest genre recommendation. From The Haunting of Hill House to Black Summer, we’re always keen on tapping into any recommendation the master of horror has to share. His latest rec is Kleo, a Netflix series about a young woman’s search for violent retribution. It’s giving Kill Bill vibes. Check out the full trailer below.

In Kleo, after the fall of the Berlin Wall, a former East German spy resolves to find out who betrayed her and why — and uses her lethal skills to exact revenge. The series stars Jella Haase, Dimitrij Schaad and Julius Feldmeier. The project hails from Hanno Hackfort, Bob Konrad, and Richard Krop.

Reviews for the show have been generally positive from critics and fans alike. NPR compared the series to Killing Eve and praised its joyous use of violence. Check out their review right here.

Here’s what Stephen King had to say about the new series:

Check out the trailer for Kleo right here:

Lastly, are you going to be checking out Kleo on Netflix? Let us know on Twitter via @DreadCentral. We’re always around to chat about all things Stephen King!