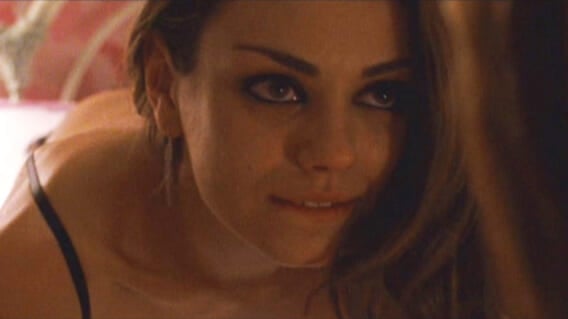 Horror and horniness go hand in hand. And why not? Sex and horror have a whole lot in common: they’re both societal taboos that we crave harder the more we’re told to look away. Another commonality between the two is their ability to raise our heart rates and keep us … on edge. So what better time than now to unpack the ten most sex-crazed titles available to hook up with on Hulu.

I’d argue one of the horniest titles available to stream on the Disney-owned platform right now is the 1994 supernatural thriller Wolf. This horror romance stars Jack Nicholson and Michelle Pfeiffer at their most aggressively sensual. If you’re not yet convinced this is the hottest cast ever assembled, then I raise you one James Spader in a supporting performance. This werewolf flick was directed by Mike Nichols, a master of emotional tension as seen in his bare-all adaptation of Who’s Afraid of Virginia Woolf? While the sex in this classic is mostly implied, it’s sure to get you hot and bothered.

One horror film on the following list where the sex is a whole lot less implied is the 2021 forever classic Titane from visionary director Julia Ducournau. This one has full-frontal nudity for days, but even more interesting is that infamous scene where Agathe Rouselle has pulsing, passionate sex with a car. A very sexy car, for that matter. With the eradication of the male gaze, the openly queer sexuality in Titane is truly wonderful to behold.

‘The Lost City’ Is Now On Streaming

Human Horrors Abound in ‘Cut to Care’ by Aaron Dries