These 6 Campy Horror Films Are Guaranteed to Make You Smile

These horror films may not scare you, but they will satiate your craving for schlock. 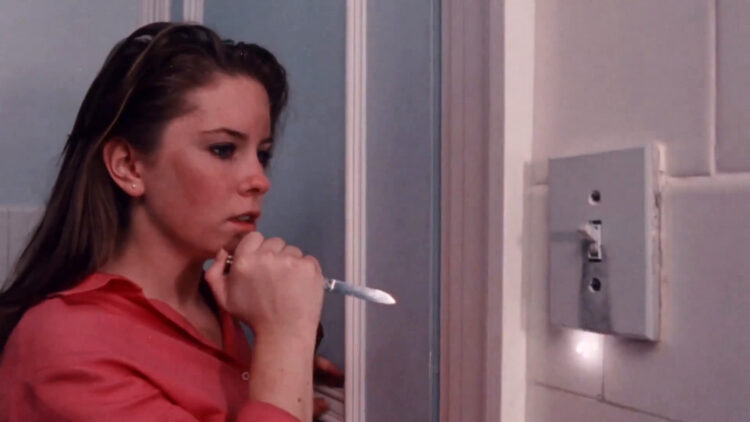 The horror genre is nothing if not multi-faceted. While most noted for serving up thrills and chills, the cinema of the macabre can also serve as a refreshing oasis for anyone fond of campy excess. The intersection of sinister and schlock is something of a cinematic sweet spot for many fans. Films that exist in that space put a spring in my step and a smile on my face. So, in celebration of that, I am looking back on six campy horror pictures that are likely to do the same for you.

When Ed Hunt made Bloody Birthday, he wasn’t necessarily striving for high camp. It just kind of came together that way. But the end result is undeniably fun. The film is an over-the-top good time with overly-eager performances, a minuscule budget, an unbelievably tight shooting schedule, and an outlandish storyline. All in all, this outrageous tale of homicidal children born during an eclipse is a camp classic. And, if nothing else, it is sure to make you smile. In spite of the fact that it may not always be good in the conventional sense, Bloody Birthday has no shortage of schlock appeal. It’s the perfect choice for a ‘bad movie night’ with a group of friends and a fridge full of brewskis.

Sorority Babes in the Slimeball Bowl-o-Rama

This outrageous effort is as sleazy as it is over the top. The nonsensical plot follows a group of sorority pledges tasked with stealing a bowling trophy that just so happens to house a mischievous imp. The performances are hammy; the nudity is gratuitous. Plus, the budget is nonexistent. But, somehow, this schlocky effort is nearly impossible not to appreciate.

I credit the flick’s palatability (in large part) to a solid performance from genre icon Linnea Quigley as the fast-talking Spider. Quigley knows exactly what type of film she’s in and seems to be having a great time just going with it.

Although Sleepaway Camp may not be quality cinema, it is certainly enjoyable as an outrageous product of its time that is sure to satiate your appetite for camp.

The tenth outing in the Friday the 13th series leans heavily into schlocky excess. The summer camp simulation is a pitch-perfect example of just that. Jason X takes the titular character to the final frontier. And while space horror can certainly be played straight, sending a slasher icon to space is generally seen as a last-ditch effort. Jason X recognizes that and revels in the ludicrous nature of the premise. I suspect that the film’s outlandish setup may have put some viewers off. But if you can look past any misgivings, you may just find that Jason X is a hell of a lot of campy fun.

And even if you cannot get into the camp, this installment features some of the best kills in the franchise. The liquid nitrogen death, in particular, is among the most inventive and iconic in the series’ storied history.

This flick stands as one of the most inept attempts at tension-building I have ever seen. Additionally, the scenery-chewing occurs early and often. And the characters never convey the sense they are in any kind of peril. However, this tale of a wicked stepfather attempting to inherit a fortune by murderous means is enjoyable for everything it isn’t. Scream for Help isn’t suspenseful. It’s not atmospheric and it never even manages to be scary. However, the picture’s lack of efficacy makes it prime viewing for anyone that enjoys a film that achieves ‘so bad it’s good’ status.

Unlike some of the entries on this list, the campy nature of this Troma feature is no accident. Lloyd Kaufman and company have made a business out of creating and distributing over-the-top genre pictures that lean into excess. And The Toxic Avenger is one of the best examples of that formula done right.

This outrageous story of an unassuming janitor that becomes superhuman when doused in toxic waste is steeped in campy excess. Eschewing macho superhero tropes, the titular character enforces law and order while outfitted in a dirty tutu, with a mop as his weapon of choice. It’s so nonsensical that it probably shouldn’t work. Yet, it works brilliantly.

Georgina Rodriguez can’t get back into shape, but that doesn’t stop her from wearing a mini bikini

Georgina Rodriguez can’t get back into shape, but that doesn’t stop her from wearing a mini bikini

Jesse Palmer on How Hosting 'Bachelor in Paradise' Is Different

Why Khloe Kardashian Was Shocked by ‘Kardashians’ Fans’ Support