We Got the 420 on Movie Night! Spark Up With These Stoner Faves

After the last few years, people need to unwind, relax and laugh a little. Today is a perfect time. Yes, 420 is upon us, and what character archetype has become such a lynchpin in the genre as the good ol’ stoner. So, in celebration of this day, we’d like to reminisce over seven stoners and their green vices displayed in horror films (and their parodies)!

What happens when a joint smokes you? Shorty from “Scary Movie 2” finds out in this hilarious scene from the horror movie parody. I guess you could call it a “sploof” spoof. Keenan Ivory Wayans directs this 2001 send-up of horror movies which includes a cameo by Tim Curry.  If you’re in the mood for some visual gags, mockery of the genre, or just snacks and giggles, this cult comedy classic will spark up some fun.

LEPRECHAUN IN THE HOOD/BACK 2 THA HOOD

The Leprechaun franchise started in the mid-west, went to Las Vegas, and even Space! Where else to go for our diminutive imp with a hunger for his gold from there than in “Tha Hood.” While there, how could he resist smoking a bowl of something other than lucky charms. While not the strongest entries in the franchise, these two LEPRECHAUN movies do have their laughs, and the titular monster smoking up with none other than Ice-T in LEPRECHAUN IN THE HOOD! 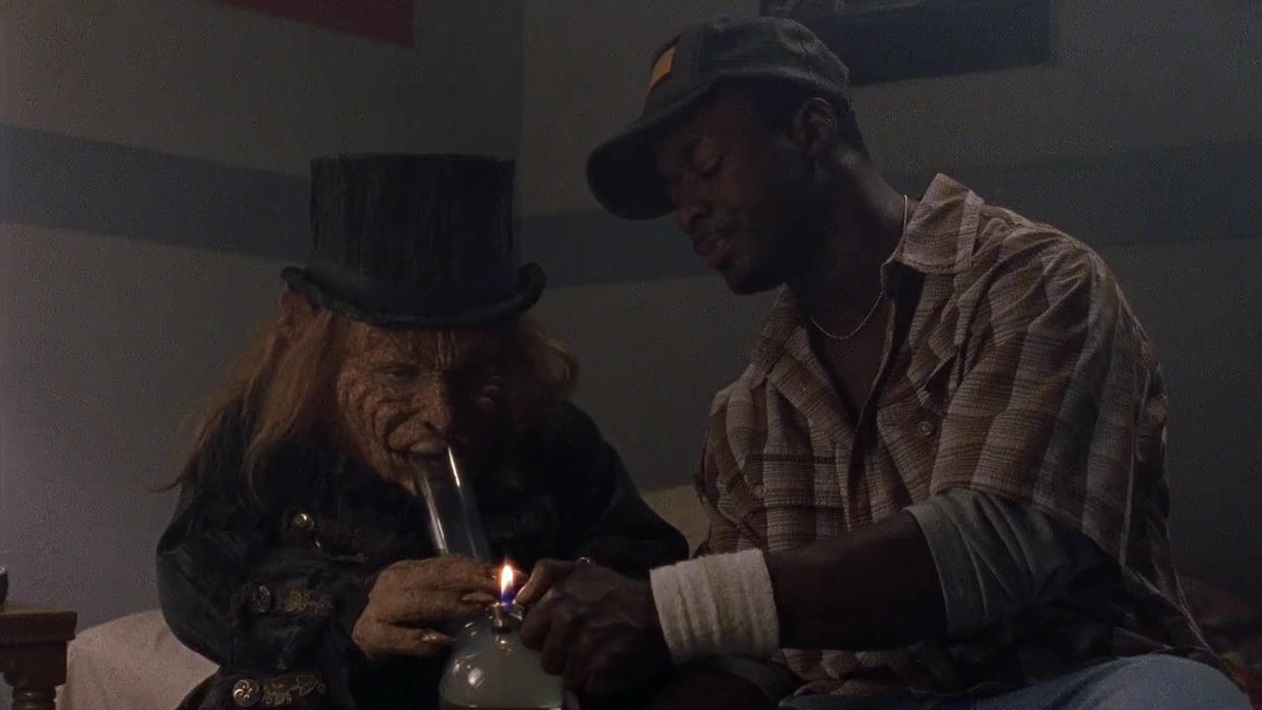 LEPRECHAUN IN THE HOOD/BACK 2 THA HOOD

The reboot of the popular slasher franchise often gets overlooked despite so much fun to be had. It has a classic set-up of Jason Voorhees (Played by Derek Mears) stalking and killing trespassing teens in the Crystal Lake area, moving from his ‘bag-head’ look from PART II to the hockey mask we all know and love. But these teens aren’t just trespassing on his campsite… but on an unbelievable amount of Crystal Dank growing on the premises! It’s not elaborated on whether it grew naturally or Jason really got into farming hemp, but if he wanted a way to lure teens to him to kill, well… 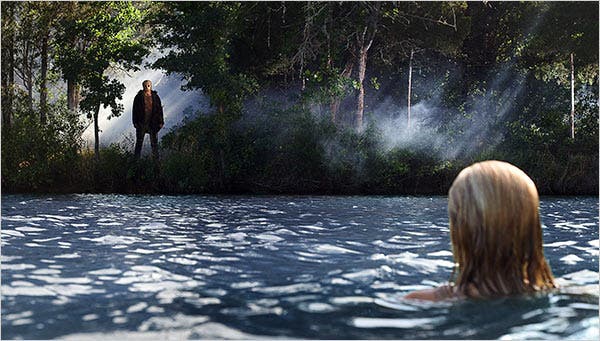 Finally, a movie about the dangers of Marijuana… and how a lazy stoner lifestyle could get your ‘idle hands’ possessed by demons! Maybe. The late 90’s horror-comedy has since garnered a bit of a cult following, and rightfully so with the sheer amount of laughs and bloodshed. Featuring everybody from Seth Green, to Jessica Alba, to Vivica A. Fox, to The Offspring, including frontman Dexter Holland, getting his scalp ripped off! 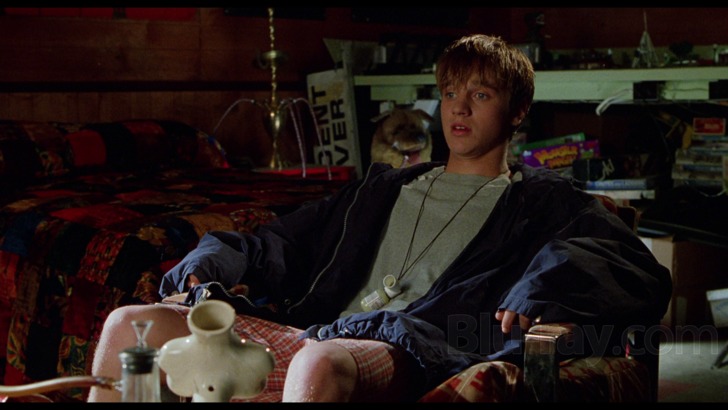 THE CABIN IN THE WOODS

When going to an isolated location on potentially cursed land, especially directly on 420, it’s always good to bring a stoner. It might just save your life! This entry deserves a particular highlight to Marty Mikalski, resident stoner or “Fool” needed in the sacrifice/ritual involving a mass conspiracy, ancient gods, and an unleashed family of zombie redneck torturers. But Marty’s use of Mary-Jane ends up saving his life, when it turns out his special stash makes him immune to the chemicals being used by the conspiracy to manipulate the group into getting slaughtered, and his paranoia about being watched proving all too true. And who could forget his badass telescoping coffee bong!

THE CABIN IN THE WOODS

With the tagline “Some highs are out of this world,” you know this movie offers something different. Let’s see, hikers stumble upon an entire grove of the Devil’s Lettuce and anger the growers who happen to be from another planet. Well, if that doesn’t get you excited for this 1 hr. 17 min. epic, maybe the below trailer will:

The original stoner “horror” film about the chaos and death that can ensue if you smoke marijuana cigarettes! Yeah, really… This 30’s era propaganda is well-deserving of mockery today, but it is rather interesting to see what ‘horrors’ were, and sadly in some cases and people are, associated with weed. Such fears as violence, memory loss, screaming, insanity, murder, and playing piano ridiculously fast.

So, if you want to spend your 420 with some laughs and scares to go with your sativa, give these movies a watch!

Official Trailer for 'Into The Weeds' Doc About Monsanto & Cancer