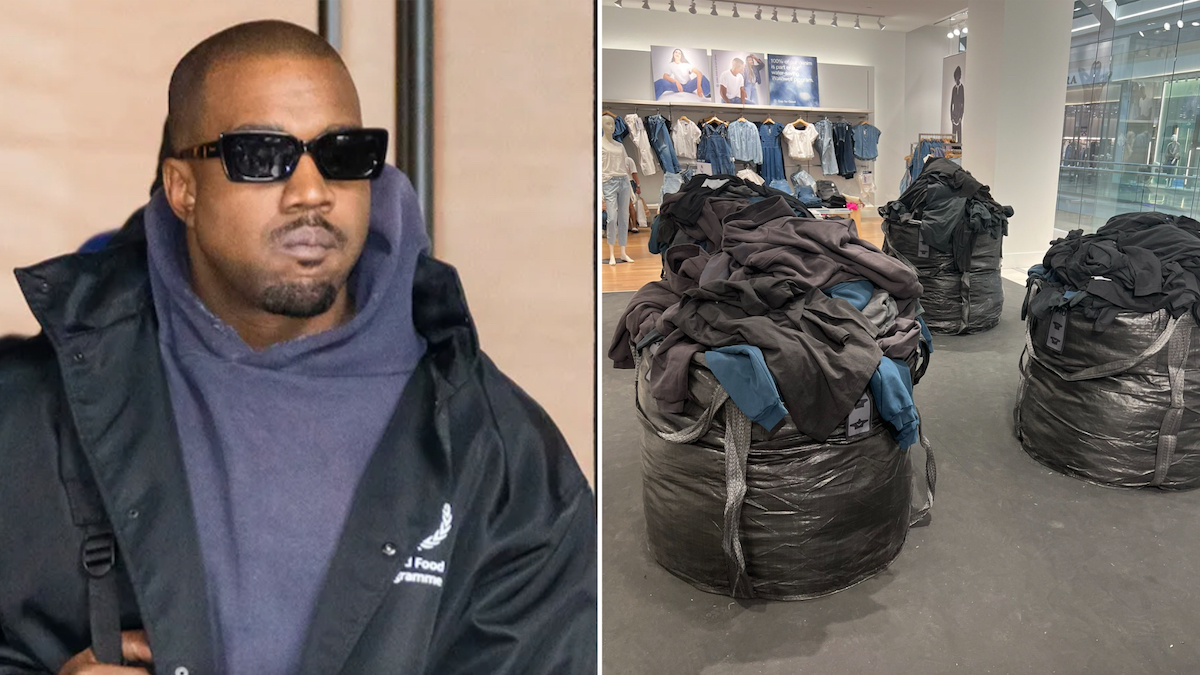 We wouldn’t dare be the ones to tell Kanye West if his Yeezy designs were trash, but it sure does look like he’s asking for it. Nonetheless, the rapper has defended the clothing display for his new Yeezy Gap line, wherein piles of ill-fitting neutrals were sheepishly tossed together in what appears to be literal garbage bags.

Ye received a fair amount of backlash for the trash bag display — which he emphasized were actually construction bags — and was accused of mocking homeless people. Fittingly enough, he went on the air with Fox News to explain his thought process behind the display.

“Look man, I’m an innovator, and I’m not here to sit up and apologize about my ideas,” Ye said from the Times Square Gap store, adding that his goal was to make fashion more accessible and informal. “That’s exactly what the media tries to do: Make us apologize for any idea that doesn’t fall under exactly the way they want us to think.”

We wouldn’t call a $140 t-shirt that sells out almost instantly “accessible,” per se, but Ye is still adamant on his creative direction: “This is not a joke,” he went on. “This is not a game. This is not just some celebrity collaboration. This is my life, you know? I’m fighting for a position to be able to change clothing and bring the best design to the people.”

So far, a lot of what we’ve seen from Yeezy has just looked like slightly-tweaked versions of something you could pick up at your average suburban strip mall, like those foam slip-ons that look like Crocs. We gotta hand it to Ye, though — he knows how to rake in the cash. Too bad money can’t buy you friends.

This is how they are selling Yeezy GAP. The sales associate said Ye got mad when he saw they had it on hangers and this is how he wanted it. They won’t help you find ur size too, you just have to just dig through everything pic.twitter.com/GNd08Zv1zC